Word of the Day: Study Nose

Study Nose n. 1. In Korea, it is the commonly held belief that extreme mental and physical exertions will cause nose bleeds. 2. More specifically, the belief that studying super hard will cause a bloody nose. ex. Did you see her study nose? She must have been up all night.


This sounds weird right? I know, but I have watched a ton of Korean dramas and over and over again I've seen them write this into the plot. Often it occurs in an opening montage showing what a dedicated student they were, when all of a sudden...

WARNING!
Do you faint at the sight of blood?
Then Turn Away Now.
You have been warned.

Now, where were we? Oh yes- flashback montage of main character studying, when all of a sudden... drop drop.

What!?! Oh no, my crazy dedication to studying has caused my nose to start bleeding!

This is of course followed by the, "That couldn't possibly have come from my nose," reaction.

Or possibly the, "How sweet for my crush to show up right now with a tissue," reaction.

At this point they usually cut away and move on with the story. Why? Because showing a 5 second clip of getting a nose bleed while reading a text book is shorthand in Korean culture for showing that the character is a dedicated student.

When I first came across this, I was weirded out. Why do they keep getting nose bleeds? Is there something genetically different that causes their noses to bleed more often than other races? Why do the other characters not realize that this nose bleeding epidemic is unnatural!!!

But then, I came across this wonderful nugget from the drama, "Stars Falling From the Sky." Here, two characters actually have a conversation about this phenomenon. 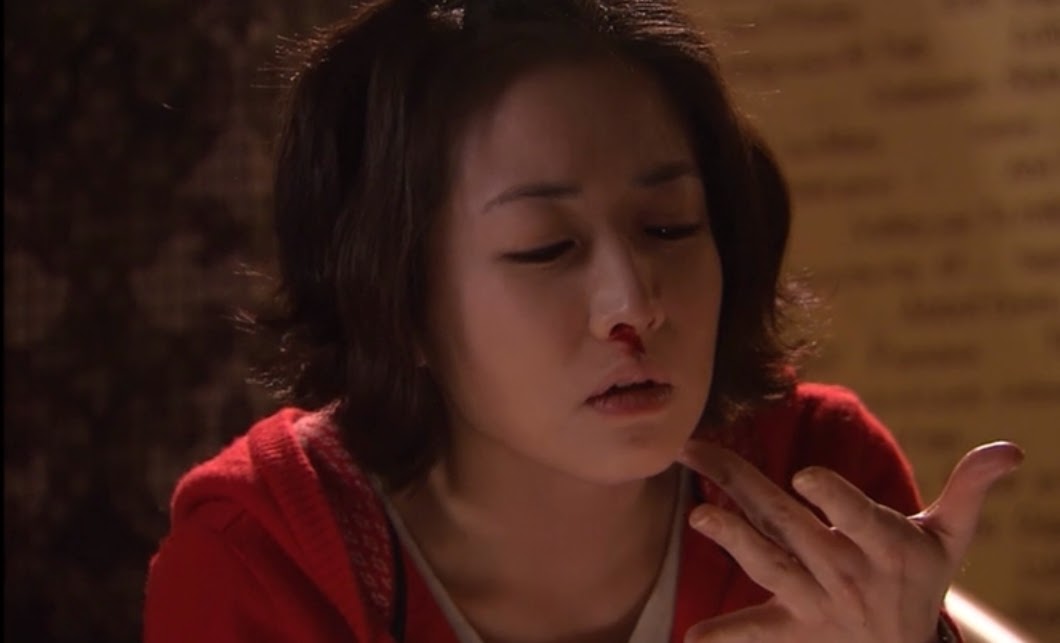 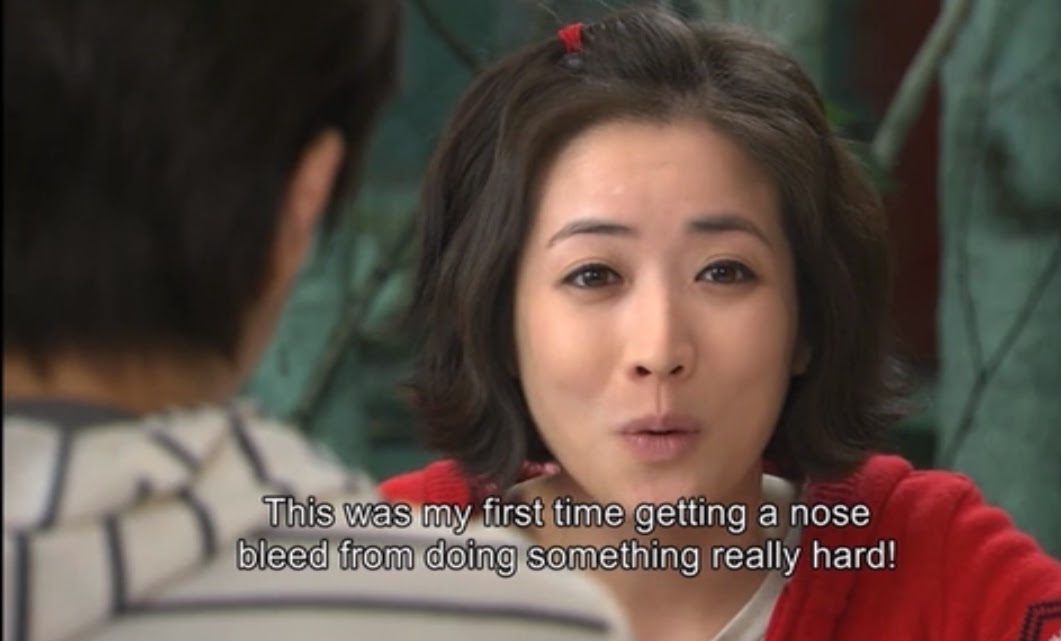 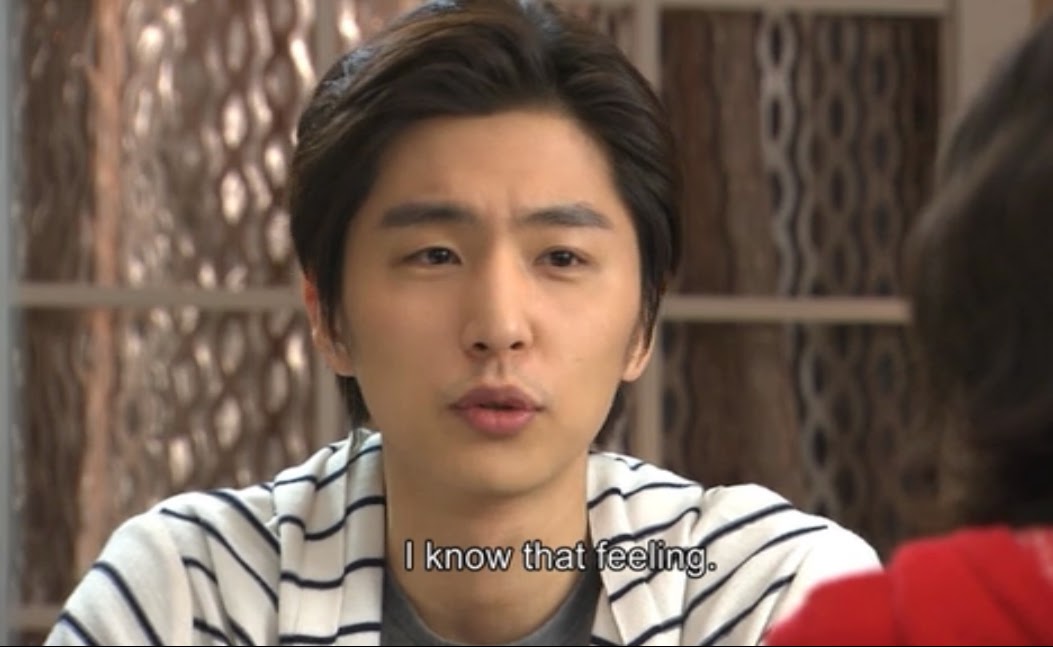 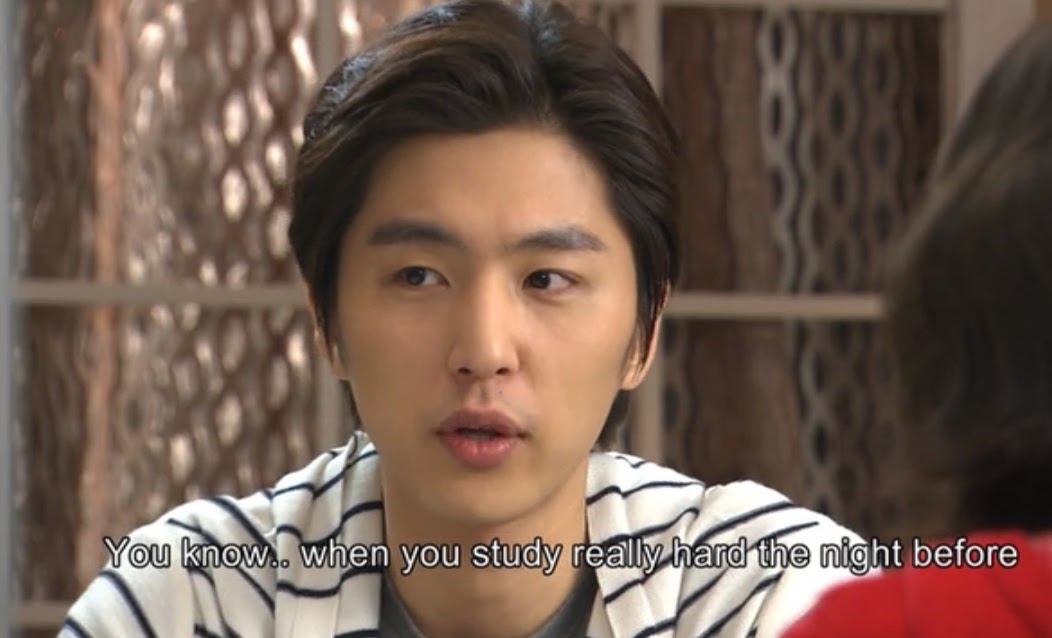 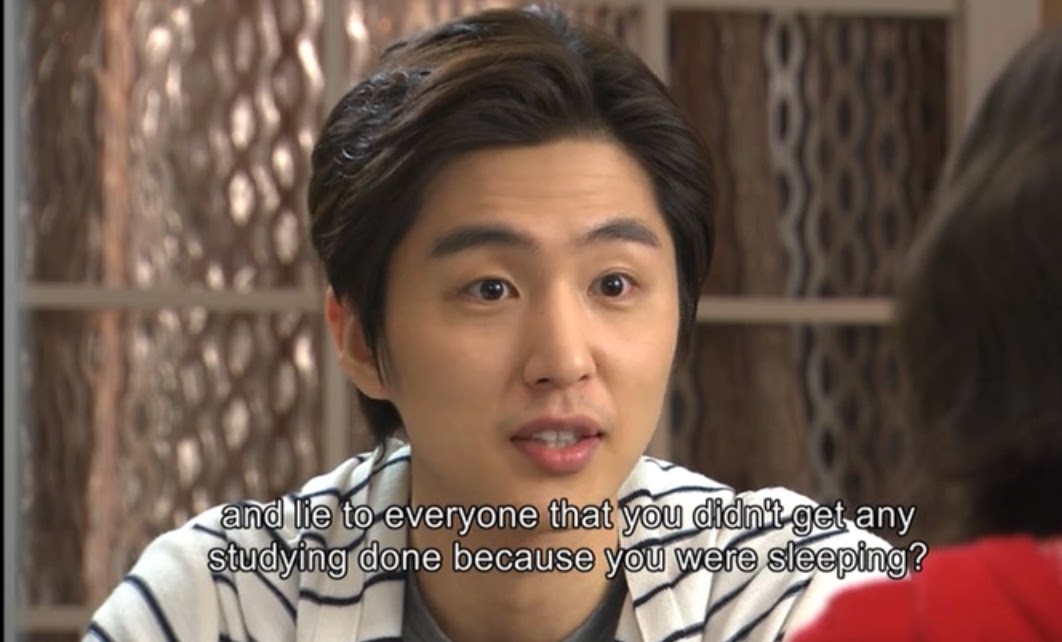 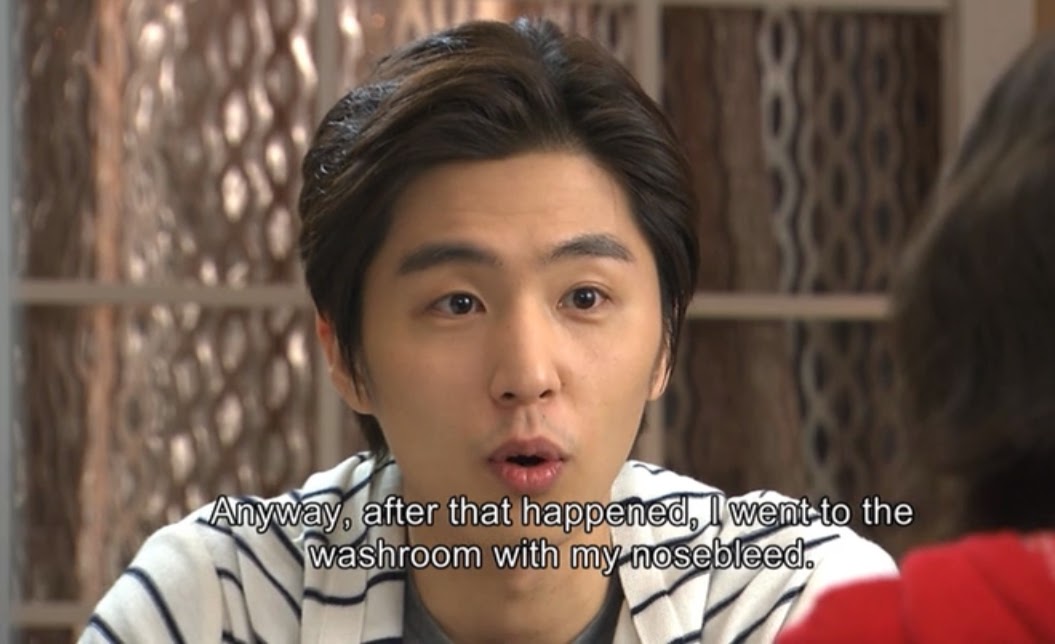 Ok, the dialogue is disjointed, but you get the point. Koreans believe that exhaustive levels of studying can cause a bloody nose, hence the term "study nose."

A few last points to make.

1.  All of this was corroborated by our Korean friend, Henry. While I admit that his English was not the best, and part of my question had to be pantomimed, he assured us that it is a commonly held belief.

2. I have no way of knowing if Koreans' noses actually do bleed from studying, and if so, whether it is at a higher or lower rate than any other nationality or race. I only claim that they believe nose bleeds to be associated with studying.

3. Maybe I am lame and never studied hard enough for my nose to bleed. It's possible, I'm pretty sure that I'm ADHD.

4. I have brought this up a lot to the other members of F4Plus1. I think I noticed it before they did and I have seen more examples of it, so I became slightly obsessed with it. But a few months back, one of our members, Alyson, told us that this happened to her. She was in the middle of her first semester as a teacher of Social Studies at a middle school. She was working super hard and geting very little sleep. After a few weeks of this unrelenting schedule, she noticed herself getting a spontaneous nose bleed. Weird.

5. Lastly, as a reward for getting to the end of this article and dealing with all the icky pics, here is your reward.

Email ThisBlogThis!Share to TwitterShare to FacebookShare to Pinterest
Labels: F4Plus1, Korean Pop-Culture, Word of the Day