Block B HER MV Review

We're talking about Block B this week! Woo~! Is anyone surprised, because you shouldn't be just like you better believe that as soon as Super Junior releases their new album in a few months, I am going to be all over that like the crazy was in this video which I will talk about it a moment.

With most songs, you have an idea of what the song will sound like, but the teasers that were put out didn't really give a clear sound for this song so I was really happy when it started. It doesn't sound like anything that they have done before, but it still a Block B song.

Email ThisBlogThis!Share to TwitterShare to FacebookShare to Pinterest
Labels: Block B, F4Plus1, K-pop 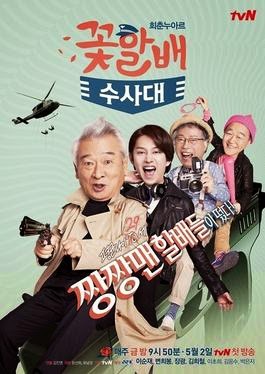 This drama is a special kind of stupid. It took me all of two seconds to fall in love with it as soon as the story line began. I am also aware that I am late to watching this seeing as it ends today and here I am writing about the first two episodes. I feel a little ashamed about that since Heechul is my number one bias and he is in this drama. I knew that this drama was going to happen, but I didn't hear that it had started until episode seven and I'm not watching it until right now. Better late than never though, right?
Read more »
Posted by F4Plus1 at 1:29 AM No comments:

Okay, so maybe that title is a little misleading because one of the groups is actually from June, that's just the way it's going to be though! I don't know what was in the water this month, but there have been some debuts that made me sit up and pay attention. Usually, when I hear a new group, I listen to the song once and if they put out a song in the future maybe I'll be excited to listen to it and get into them more as they figure out who they are as a group. These next groups though, I have actually listened to their songs multiple times on repeat and I bought one of their albums. I don't know what happening to me, I am usually unswayed by the babies!

Yay! B1A4 is back! Not only that, but they are back with a happier song than the one that they put out in January. Every once in a while B1A4 does a slower song, and while I don't think that they are bad, they are known for their weirdness, not their seriousness.

"Solo Day" is my favorite type of break up song, it isn't sad. Just because you are alone, doesn't mean that you have to be sad! Being single is not the end of the world and you can make the choice to be happy and that is what is happening in this song. There needs to be more songs like this rather than mopey, whiny songs. I'm also glad that this song came out because I have been feeling a little poopy the last couple of days and having a happy, fun, B1A4 song to listen to is a surefire way to make me feel happier.
Read more »
Posted by F4Plus1 at 2:54 AM No comments: 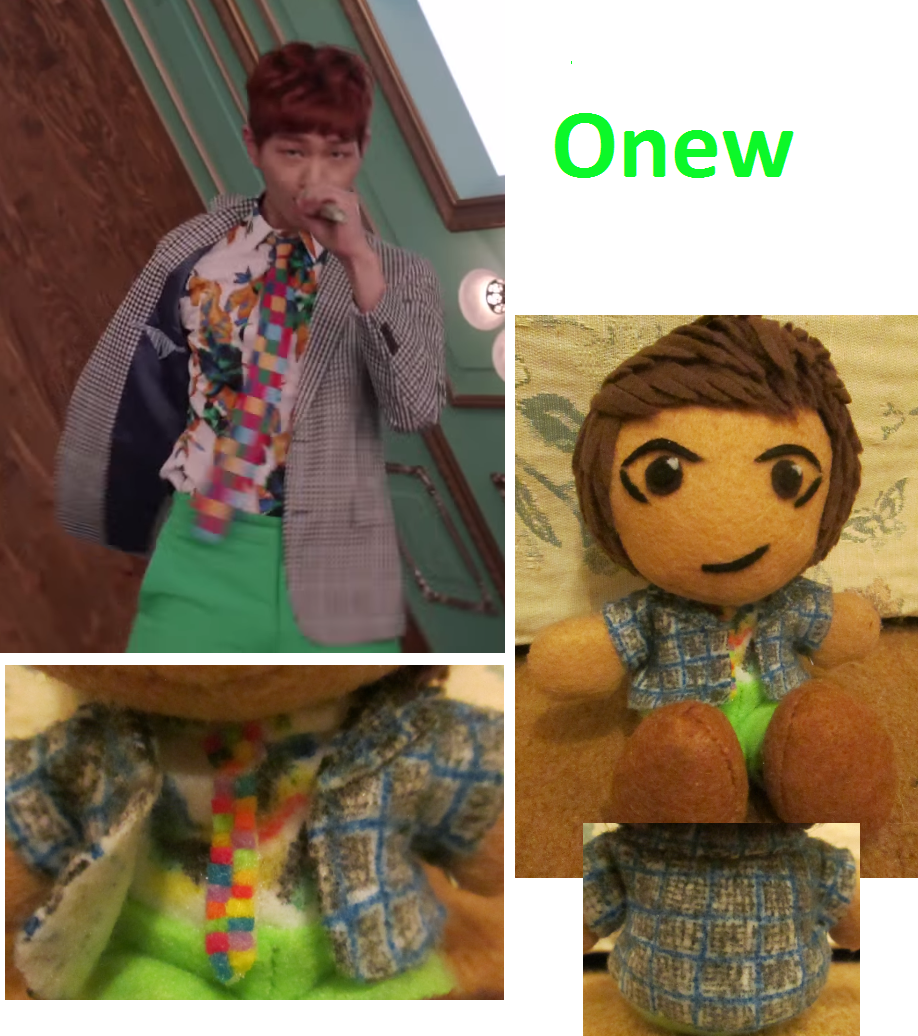 If I didn't like the finished product of the "Lucifer" Onew doll, I freaking love the "Dream Girl" Onew doll. Murphy commissioned me to make this for her friend who was graduating from college. It makes me feel cool to say I was commissioned to do something.

I had to pump this doll out though. I was working on him right up until I left and Murphy didn't even pick him up until after I had been in Korea for a while.

This guy is my new masterpiece I think. My other masterpiece dolls involved a lot of finger work and small pieces but this is a masterpiece in painting. I painted on his shirt and I painted the entire jacket which was both parts painful and fun. I also really enjoyed making the tie. Since it was a checkered pattern, I had to cut out tiny pieces of felt and glue them on to a tie shape. It went pretty well as long as I didn't breathe too hard. I learned that the hard way.

Another little detail that you can't see is that his pants are a little short and he has little turquoise socks. They're pretty adorable. 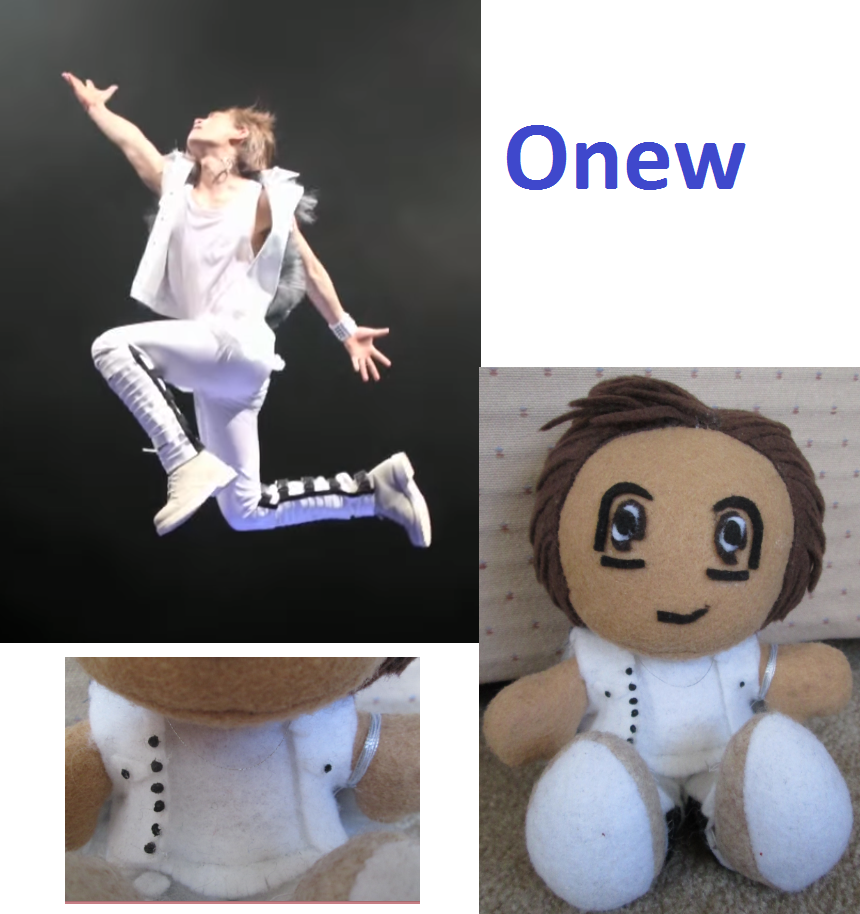 It hit me the other day that I completely forgot to put up some pictures of dolls that I made before I came to Korea. It makes me a little sad to post this and the one coming after because they will be the last ones that get posted for a while. I miss making dolls. *cries quietly*

I have been making a set of SHINee dolls from the "Lucifer" era and this Onew doll was the last one that I was able to do. Someday they will be completed with Jonghyun, but who knows when the heck that is going to happen.

Onew actually took a really long time because I started him as a project to keep me occupied as I took the train from Utah to California, and then I didn't work on him for a long time. He obviously got finished though, and maybe it's because I wasn't super interested in this doll, but I'm not in love with it, especially his hair which I realize looks slightly tragic in this picture, but there is nothing to be done about that.

My favorite part about the Onew doll, aside from the fact that he has a furry vest like Key that you can't see, is that the bottom oh his shirt has fringe. That was an experience. I cut out a strip of felt and then make little cuts all around it for fringe and then glued it to the base of the shirt. So yeah, there is one piece of glory on the doll. 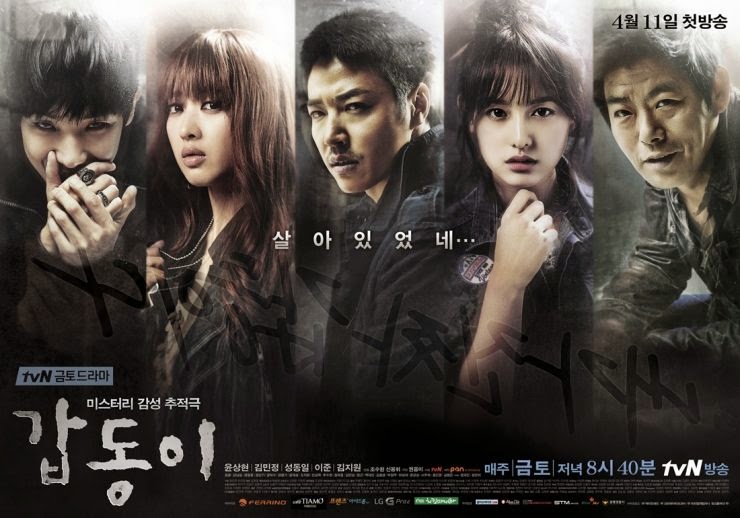 I am a little behind because this drama did end a few weeks ago, and that is okay! I am not the biggest fan of cop dramas/murder mysteries, but sometimes they can be fun to watch if they are done well. With these type of stories, as with most, the writer could just take an old story and not it reinvent it in a way that was interesting or fun. This does both very well though. They were able to take that psychological "what is a monster/psychopath" question and wrap it in the mystery of "who done it and how do we stop it?".

f(x) is back after quite a hiatus and may I say, I quite like this song. I am not the biggest f(x) fan, but I do look forward to their comebacks because I do like the girls personalities. There are a few groups that while I don't necessarily like their music, I do like the individuals in the group and f(x) is definitely at the top of that list. When "Rum Pum Pum Pum" (now to be referred to as RPPP) came out I did not like it right away but it did eventually grow on me where with "Red Light" I liked it right away. Maybe it's because it has that weirdness to it that I like where RPPP was a little cuter and I had to grow to like it. 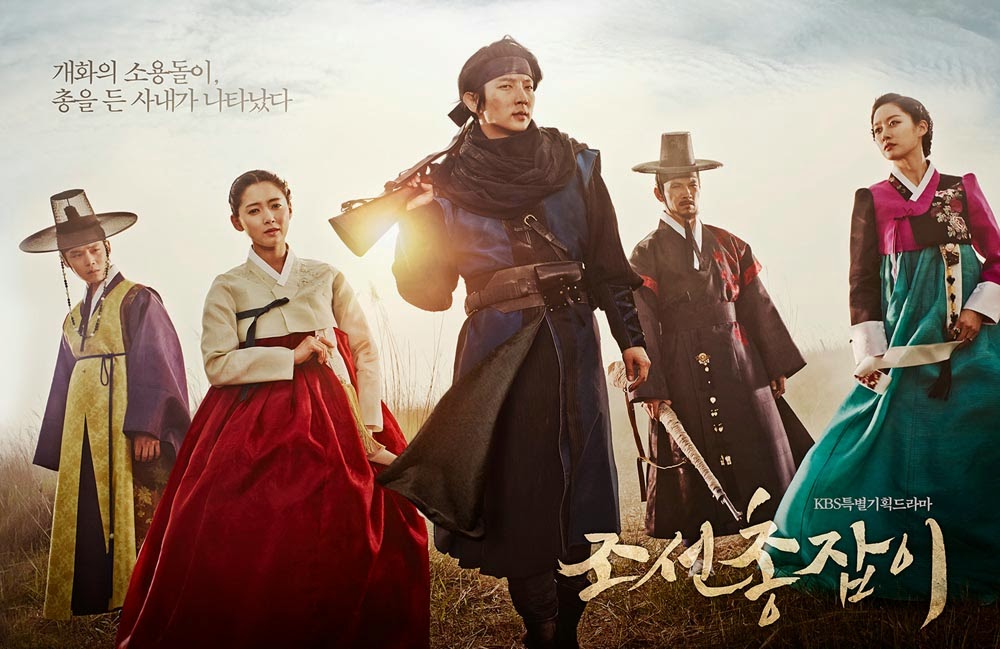 Look at that poster. It's beautiful. If that alone doesn't make you want to watch this, that fact that it stars Lee Min Ki should. I'm also a bit of a sucker for fusion saguks, especially ones that look like they will be extremely visually pleasing, which most of them are. I'm also excited for when Lee Joon Ki ditches his sword and his high born clothes for the outfit above. He is pretty awesome with a sword though.......and a fan, but that's in the past.
Read more »
Posted by F4Plus1 at 2:25 AM No comments: