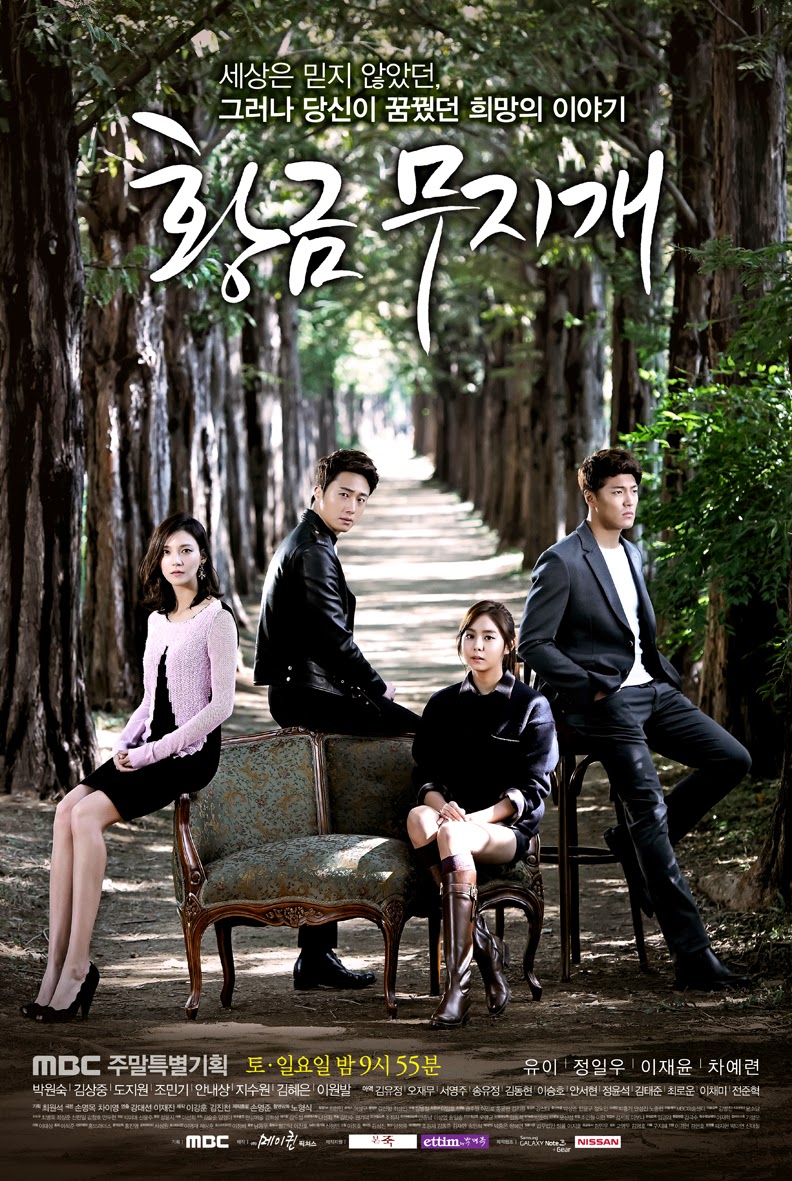 Since I stopped watching Cruel Palace: War of the Flowers, which I always berate myself for because I did like it, this is the longest drama that I have ever watched and it was even cut down by a few episodes. It was originally suppose to be 50 episodes but ended up being 41 instead. I definitely would have watched all 50 episodes had there been that many, but I'm glad that there wasn't. I think, had the drama continued, it would have lagged and become boring and that is always the worst way to end a drama.

This drama follows the story of that cute little family down there: Man Won, Baek Won, Young Won, Il Won, Yol Won, Shib Won, Cheon Won, and their dad Han Joo. They are all adopted children except for the twin Shib Won and Yol Won, and everyone thinks that Man Won and Baek Won are siblings until almost the end of the drama. 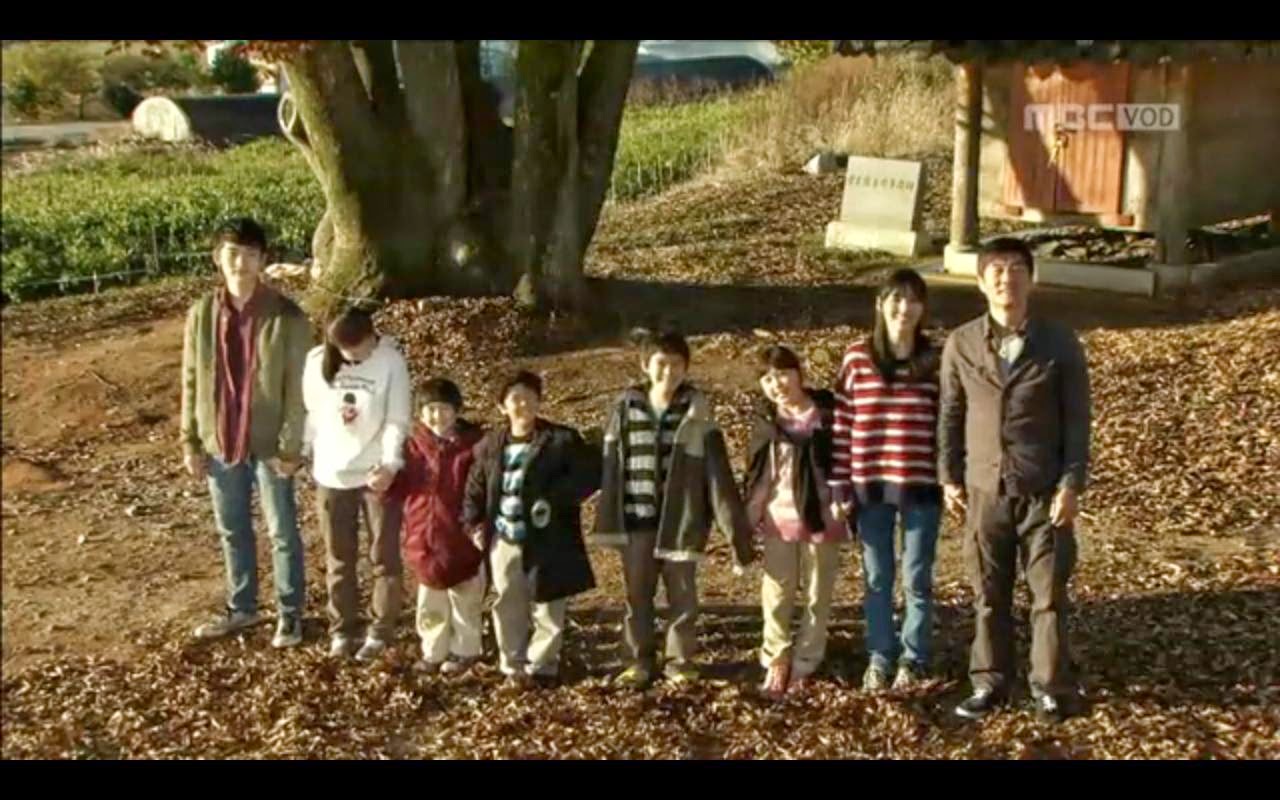 About fifteen years after this scene the family has been reduced to this: 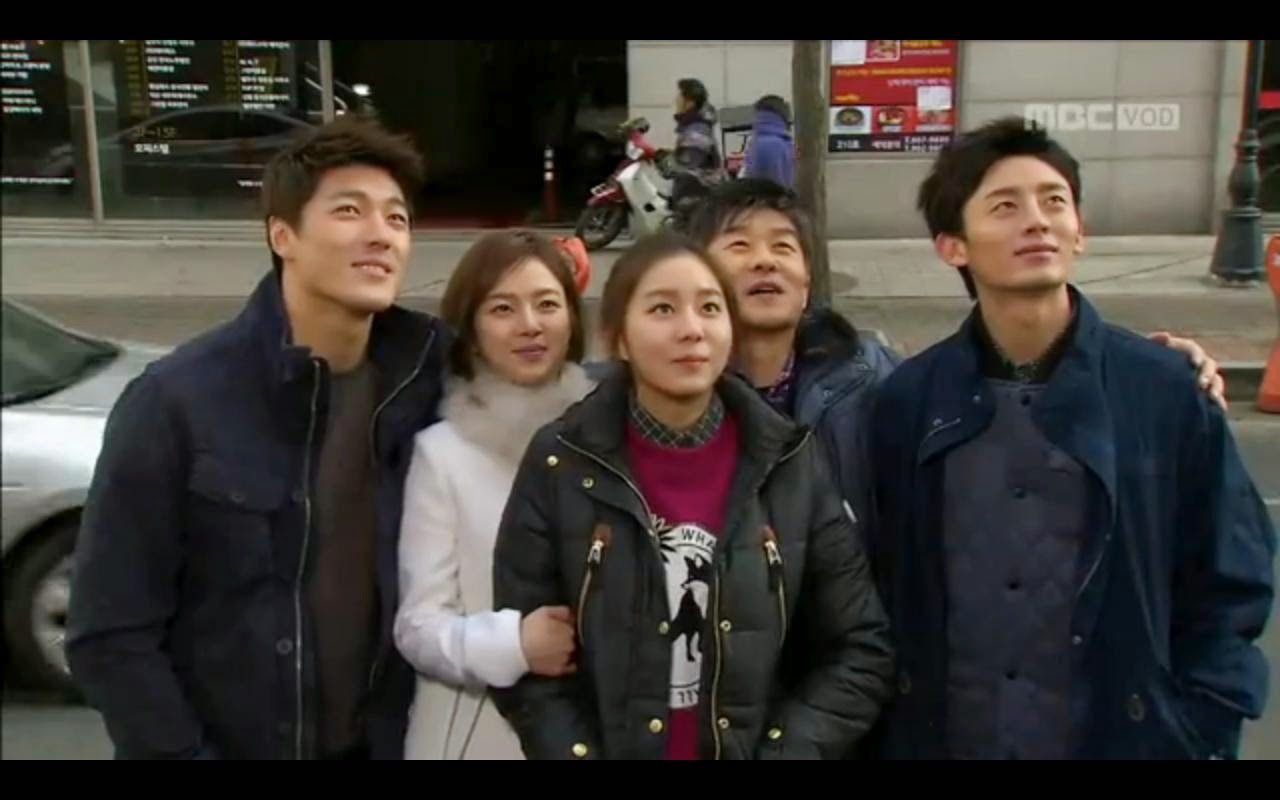 By looking at that picture you see that they are missing three of the children from the first picture. Two of the losses are really sad and one makes you cheer. Seriously, how is it that one person can suck so much? But I must say, the best moment ever happens in episodes 35 when we meet that cutie below. I was waiting for this moments for 23 episodes and when it happened, I may or may not have had a little party. It was a big deal, okay? And then, he turned out to be one of the coolest people ever! 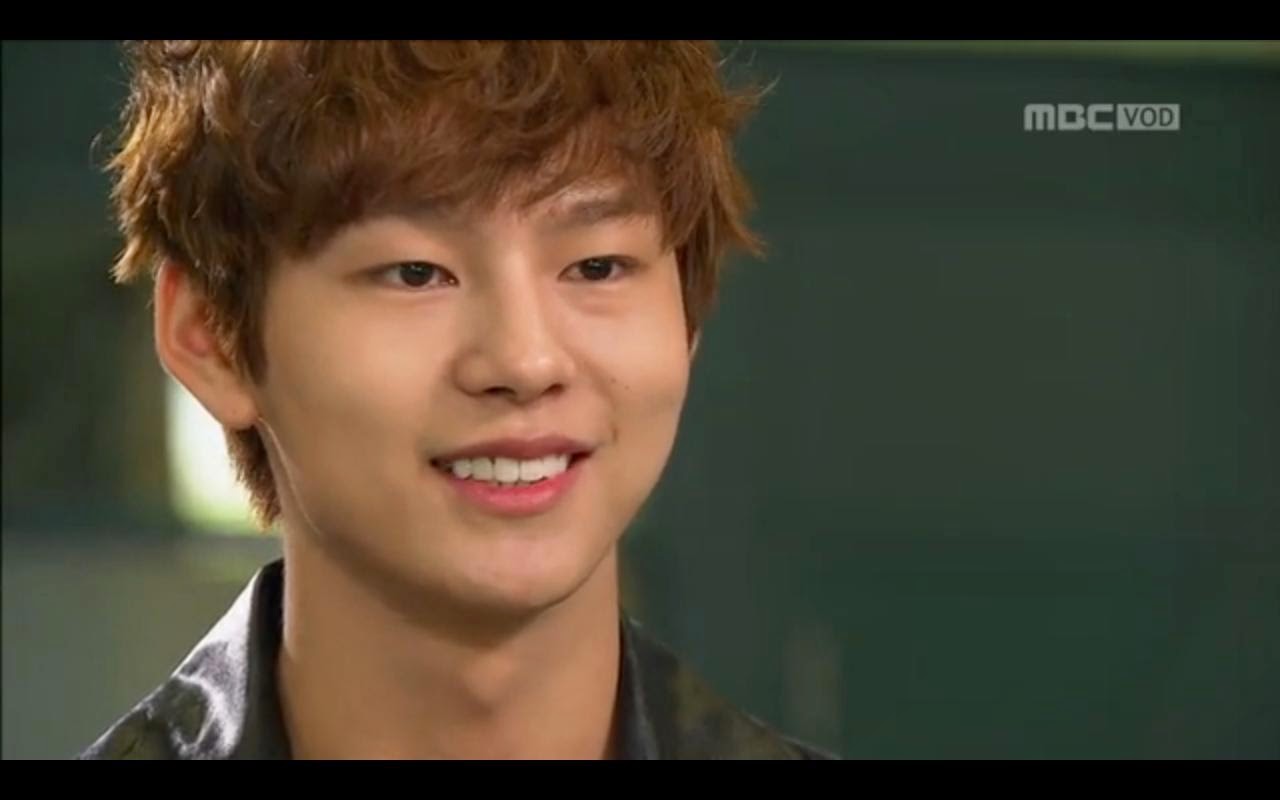 The main driving factor of their unhappiness stems from this man, Seo Jin Ki. 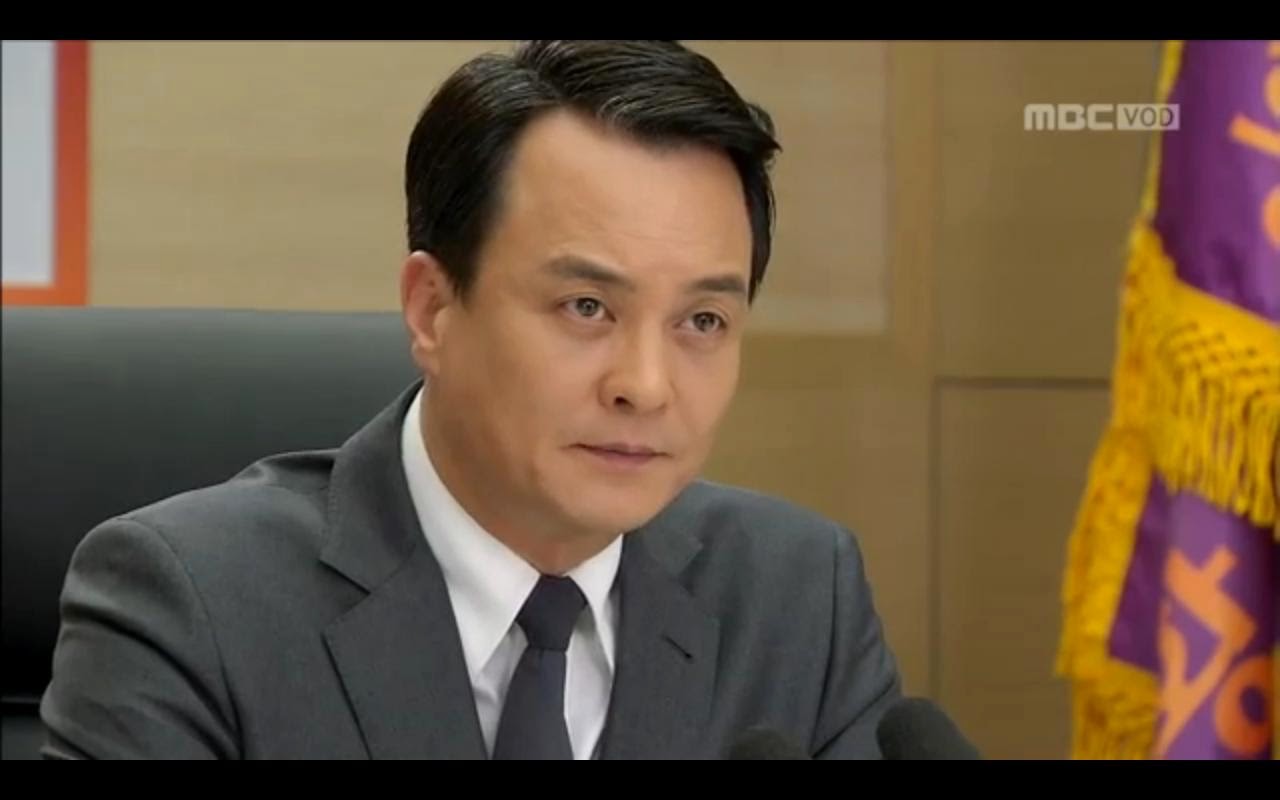 He and Han Joo, plus two others, Young Hye and Uk Jo, are all orphans that grew up together. Han Joo and Uk Jo became fisherman and Young Hye and Jin Ki married into the Golden Fishery company. For Jin Ki that turned out well, but for Young Hye not so much. Shortly before Young Hye gives birth to her daughter Ha Bin (later renamed Baek Won) her husband dies in a car accident and Golden Fishery's owner and Young Hye's Mother in Law blames her for the death. So, 100 days after Ha Bin is born, Young Hye is kicked out of the house, but without her daughter.

So, to make an already long story short, when Ha Bin is five she is "kidnapped" by Jin Ki, but she gets lost, then found by an eight year old Man Won whose grandma dies shortly after, then they are found by Han Joo and Uk Jo, Han Joo adopts them and eventually five other children. 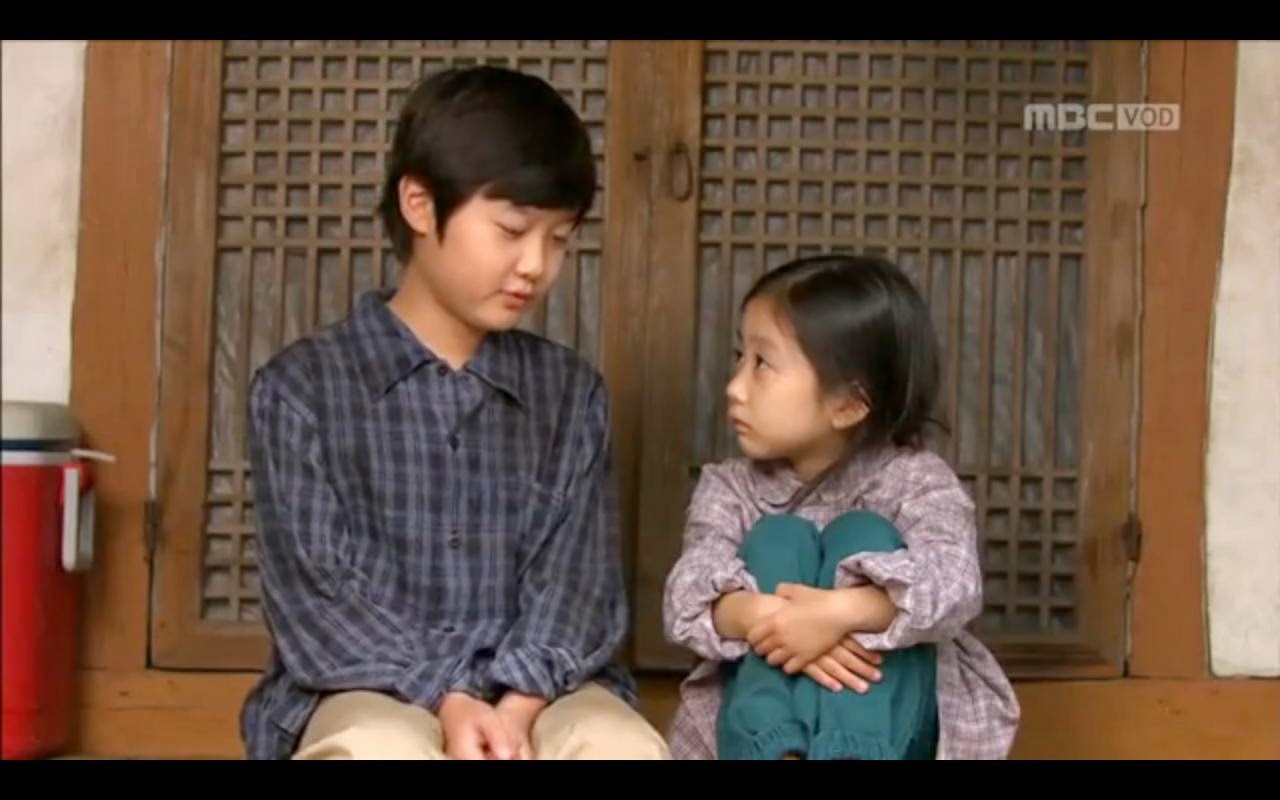 Ten-ish years later the family is happy but poor and then Jin Ki comes and ruins everything, as usual, and you find that Uk Jo is the scum of the earth (one of the many in this drama) and Young Hye also comes back with grand plans of revenge against her mother in law. All these factors cause death, destruction, jail time, abandonment, general douche baggery, rifts between family and friends, but also one bromance and out future love line. Moving forward another fourteen years and people are still suffering from the effects of all that stuff that went down before the time jump. Things do manage to get better for a while though which is a great breather for you heart which by this point is feeling pretty broken. The thing that made my heart the happiest was the reuniting of our lovely couple Do Young and Baek Won 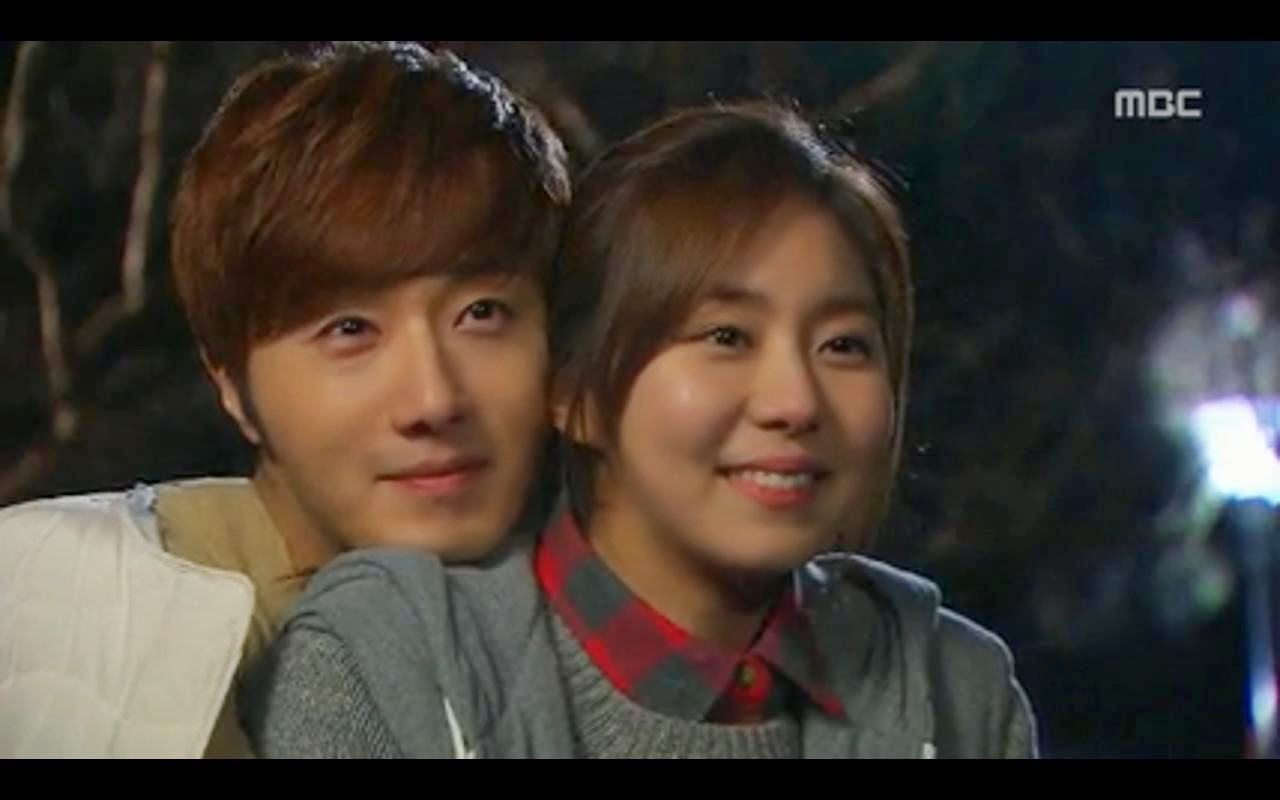 They are definitely one my favorite couple of the year so far, the other being Min Joon and Song Yi. There is just so much happiness and teeth rotting cuteness when they're together you just can't help but love them. Jung Il Woo is also fantastic so that helps. 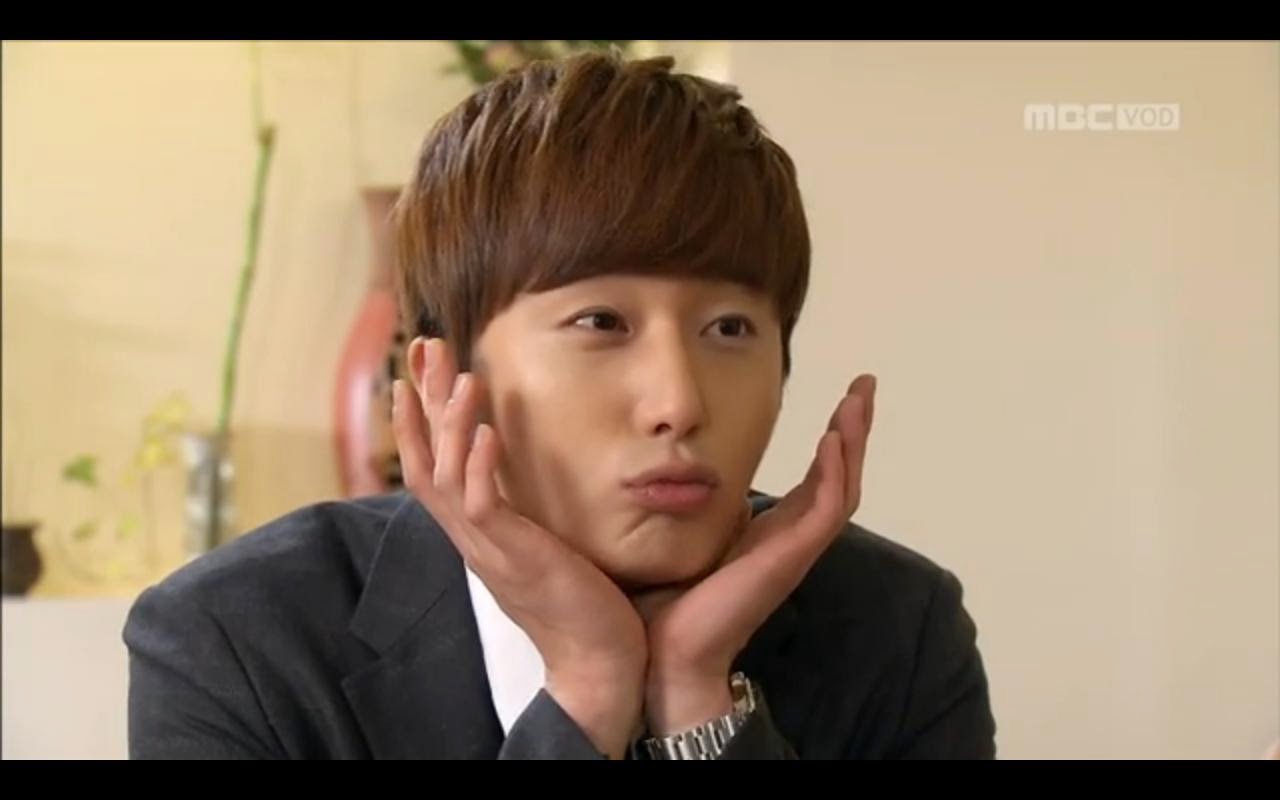 The second couple that is absolutely too cute for words is the second OTP. There were a lot of couples in this drama though, they could possibly be the third OTP. This couple consisted of Man Won and Hwa Ran who I mostly just called Little Polar Bear. She was seriously adorable and decided that Man Won would be hers no matter who he thought that he liked. 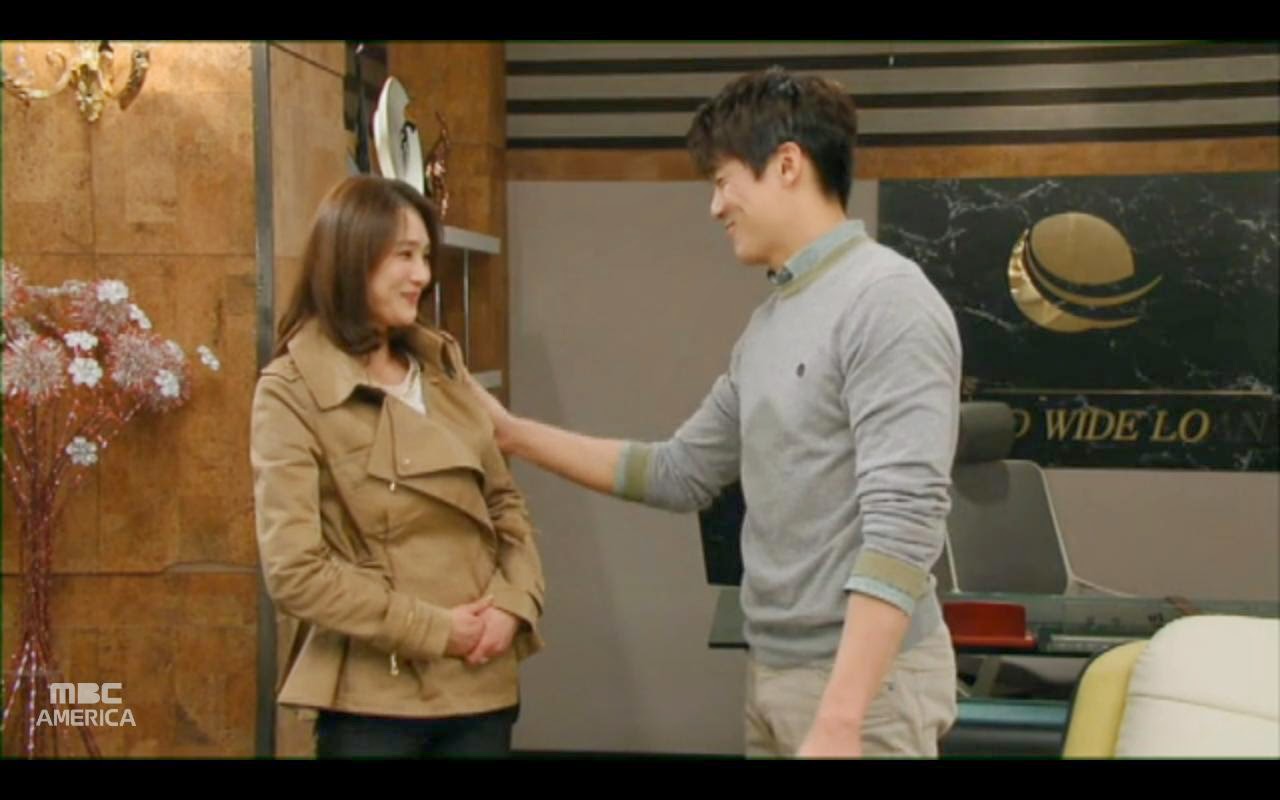 As for the ending of this drama, I felt that it was acceptable for the story that had been created. The two things that I had the most problems with was the three year jump epilogue and something else that I'm not going to talk about. Sorry. The reason that I didn't love the time jump was because I felt that it was a little heavy handed. I didn't expect it to happen even though it did kind of need to happen because of what happened before the jump that will not be mentioned. The reason that I didn't totally hate it was because all the characters got nice little endings which they deserve because by the end, they had all been through so much.

So, even though the ending wasn't perfect, it was a good ending that made you feel good which this drama definitely lacked in the last episodes. So much sadness.

As for whether or not people should give this drama a chance? Most definitely yes! Just be prepared for the length and feeling a lot of emotions.