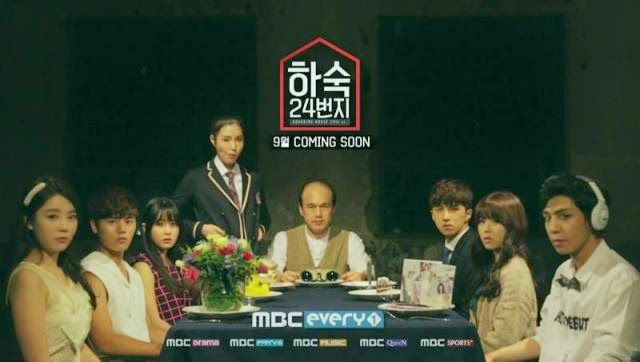 I have been waiting for this to begin! I have never watched a sitcom before, it breaks up all the sageuks that I am watching, and it has Ken and High Top in it, what more could I want right now?

After the initial joy of hearing that two groups that I liked had people in this sitcom, I was then fascinated about the drama itself. It sounds easy enough: six strangers in their mid-twenties come to live together in a boarding house. The trailer and the poster are strangely ominous though, like they are all coming to this house and becoming trapped and so far, that is the vibe that I am getting. 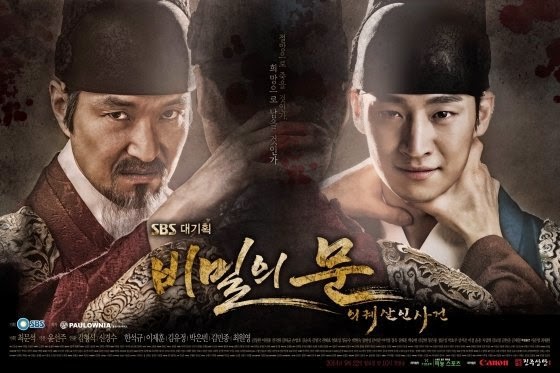 I'm going to be straight with you all. I was on Allkpop and there was an article about this drama and the reason that I clicked on it was because it said that Block B sang the first OST for it. I am not ashamed of that. After watching the teaser though it was a good example of come for the music and stay for the actors. I couldn't stay for the story though because I had no idea what was happening in the trailer.

After some further investigation, I decided I should do some researching on the history of it and I have found that the subject matter of the drama is incredibly interesting! This drama focuses on the tragic story of Crown Prince Sado played by Lee Je Hoon. In the drama though he goes by the name Lee Sun because the name Sado was posthumously given to him. I also found out that Sado mean Prince of Mournful Thoughts. So after all of that, I guess I should get my tissues ready? 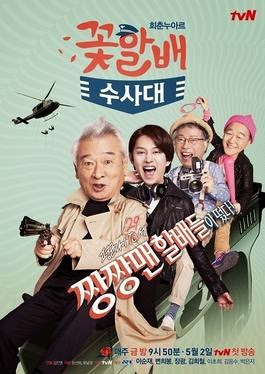 Well, that drama was just as weird as I had hoped that it would be and then some. My life hasn't changed in any great way, but if I was ever having a bad day, I would turn this on and I know that I would immediately feel better. Even better than all that, this drama makes me feel better about watching Nail Salon Paris last year. Why? Because this drama did everything that drama did wrong right.

Both dramas start out with a crazy plot FGIU: Flower boys turn into grandpas and have to figure out why; NSP: girl dresses up like a boy to work at a flower boy nail salon, also, gumihos. They were also a short one episode a week drama, so far so good. That's where any likeness ends. Right from the beginning I knew that I would like FGIU. It was cute and funny and had a good cast of characters. NSP, while I was excited about the cast, right from the beginning I could feel the pain welling up in my soul.

There are so many songs! I don't know what it was about July, but I just loved everything! That is one reason that I wrote the K-pop Rookies post because the list was getting really long and the month was only half over! It probably also has something to do with the fact that it is summer and summer songs are some of my favorite songs. We all know that I don't really like ballads, so, to me, the happiness of summer is better than the sadness of winter.

Even with a small post about rookies, this list got really long as we got closer to the posting date and it made me wonder what I could do to make it a more manageable sized post. This is a problem though because I picked all these songs because I like them and I think that other people should like them too! Not that people don't already like them, but I want them to be here because it's my post and I can do what I want. So I have created three categories: K-pop, soloists, and other, that way I can pretend that this long list is kind of organized in some way. 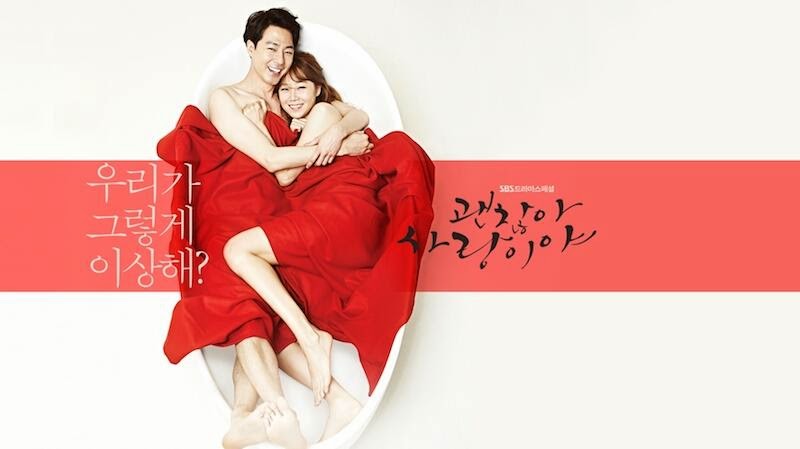 And another lovely drama comes to a close. I think that I have said this before, but there have been a lot of really good dramas this year. That's not to say that this drama didn't have it's faults, but some of the over the topness in the beginning can be forgiven for the great ending that it had. In Dramaland, endings are very hit or miss, but I think that this ending was a home run. It was beautiful.

I'm also wondering how to talk about one of the characters without putting in any spoilers. If you have seen the drama then you know who I am talking about. His whole existence is a spoiler so I will do my best to keep it as unspoilery as possible and make a warning if I say something that people may want to avoid.


I said this in a previous post, but I have been feeling a little poopy about writing. Not that I don't enjoy it, but I feel a little stuffy and I have just realized why. I am setting to many limits for myself. I have to do certain things on certain days in a certain way and I'm not allowed to do anything else. The blog is going to become a lot more fluid starting with this post and I already feel really good about that decision. Now, on with the song!

I think that this song is great. Aside from the fact that it is a really fun song, my favorite parts are all the harmonies that are in the chorus. When we heard that first "aniya" in the chorus I was in love. Seriously, if there is one thing that will get me hooked on a song faster than a piano solo it's some solid harmonies. This was also a really strong harmony it wasn't so much a lovely blending of sounds as a there are two people singing different parts and it is doing magical things to your ear holes.

Here we go, the last day of my Super Junior posting spree......at least for now *dramatic music* I also think I figured out what I want to do for their 10 year anniversary. Excessive? Maybe. Do I care? No. Could it crash and burn as I decide I've made a terrible decision? Yes.

This list, as stated in the title, is going to be about the Super Junior albums rated from least favorite to most favorite. There aren't any albums that I hate, but some albums are definitely better than others. I am also not going to be talking about any sub unit groups, that might be for another list. I also won't be putting in any EP's or singles in this list, it just going to be the seven albums that they have released since their debut. Here we go!

I would like to begin this post by saying that this might be the best thing that SM has done for Super Junior in a long time. It took me a while to warm up to "Sexy, Free, and Single" and I don't really like "Swing" but I think that this song is awesome. It is has a different than what they have done in the past and I quite like it.

Speaking of "Swing" I have seen some people asking why the E.L.F's are so excited because it's not like Super Junior has been dead for two years. There have been two Super Junior M albums plus the Japanese album that they have done since Sexy, Free, and Single, but you don't understand. Super Junior M is Super Junior M, not Super Junior. Not that I wouldn't be 100% with Zhou Mi and Henry becoming full Super Junior members, but the groups are different. Also, a Japanese album is in Japanese and it wasn't all new things. So, there's a difference, okay? You'll just have to trust me. 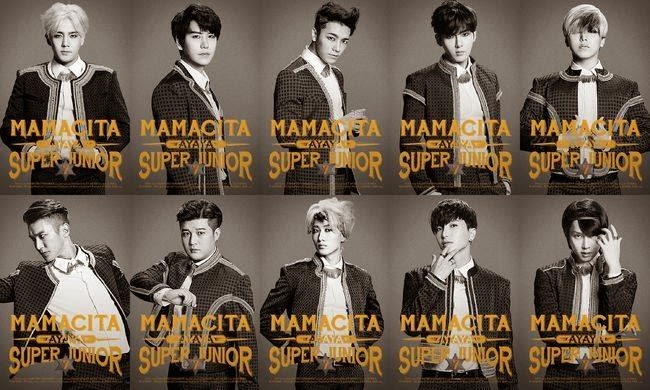 Just so you are all aware, this week is going to be the week of Super Junior, so if you don't like them, I would stay away from here for the next few days. I haven't had any new Super Junior for two years so I am latching on to this like the fangirling leech that I try to never be.

I think that I can pretty non biasedly say that this album is really good because I can also say that I didn't love the Sexy, Free, and Single album. I didn't buy that album right away and for a while considered only buying a few songs namely "Gulliver" and "Butterfly" because those songs are awesome. I did eventually buy it though and I like it, but it isn't my favorite album they have ever done.