Just so you are all aware, this week is going to be the week of Super Junior, so if you don't like them, I would stay away from here for the next few days. I haven't had any new Super Junior for two years so I am latching on to this like the fangirling leech that I try to never be.

I think that I can pretty non biasedly say that this album is really good because I can also say that I didn't love the Sexy, Free, and Single album. I didn't buy that album right away and for a while considered only buying a few songs namely "Gulliver" and "Butterfly" because those songs are awesome. I did eventually buy it though and I like it, but it isn't my favorite album they have ever done.

With the release of this album I have decided that I want to try to review albums every once in a while because I don't listen to full albums very much and I know that because I don't do that, I miss out on a lot of good songs. I was actually going to start album reviews with f(x)'s Red Light album, but that was another post that fell victim to the demon that eats inspiration and the desire to do things. Curse you! Red Light was a really good album though, if you haven't listened to it you should! 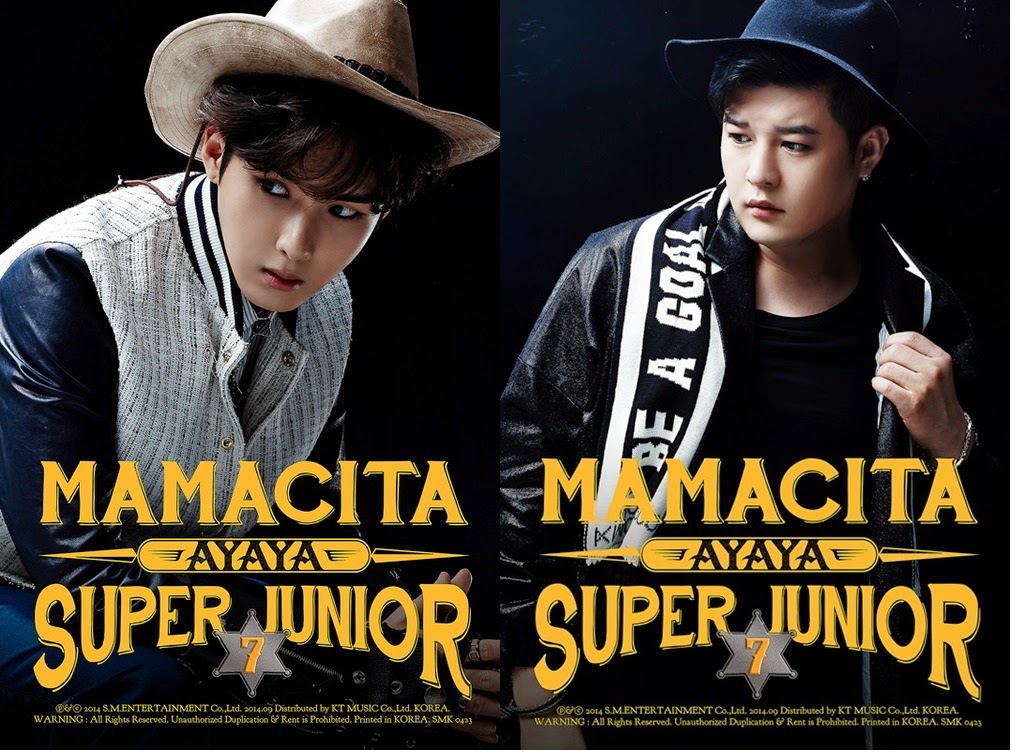 But we aren't talking about f(x) though - even if they are also part of SM - this is Super Junior time! This is the week of Super Junior! I feel like as I type that Superman should begin swelling dramatically in the background.

As all Super Junior albums do (except Twins) this album begins with the title song "Mamacita". I was caught off guard at first when the song started because before the song starts, we get about ten seconds of an old-timey, swinging, "Copacabana" kind of sound which leads us directly into the actual song. This is definitely a Super Junior song and I like hearing all their voices together and harmonizing because that is something that they do very well. The only issue that I have with this song is that Yesung isn't in it and you can feel that emptyness in the alibiing that is done by only Ryeowook and Kyuhyun. Also, "Close your lips, shut your tongue". Oh, SM............ 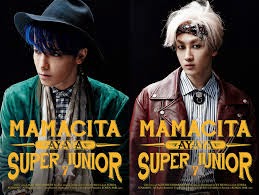 The album then transitions to "Midnight Blues" which is more of a mid tempo song. It is a lot groovier and smoother than than "Mamacita" and also showcases that Super Junior has some really smooth singers in their group. It songs like this that we are reminded that Shindong actually has a pretty nice voice and I would like to be able to hear him sing more because I love listening to him.

After "Midnight Blues" the album keeps with the easy, relaxed sound with "Evanesce" but where the before mentioned song was had a smooth groovy feel, this has a more electric pop smoothness to it. It also has an amazing chorus that makes me was to wail along with the rest of the guys. This is why K-pop songs need that one key English phrase, for all of us foreigners to sing along to for two glorious seconds. 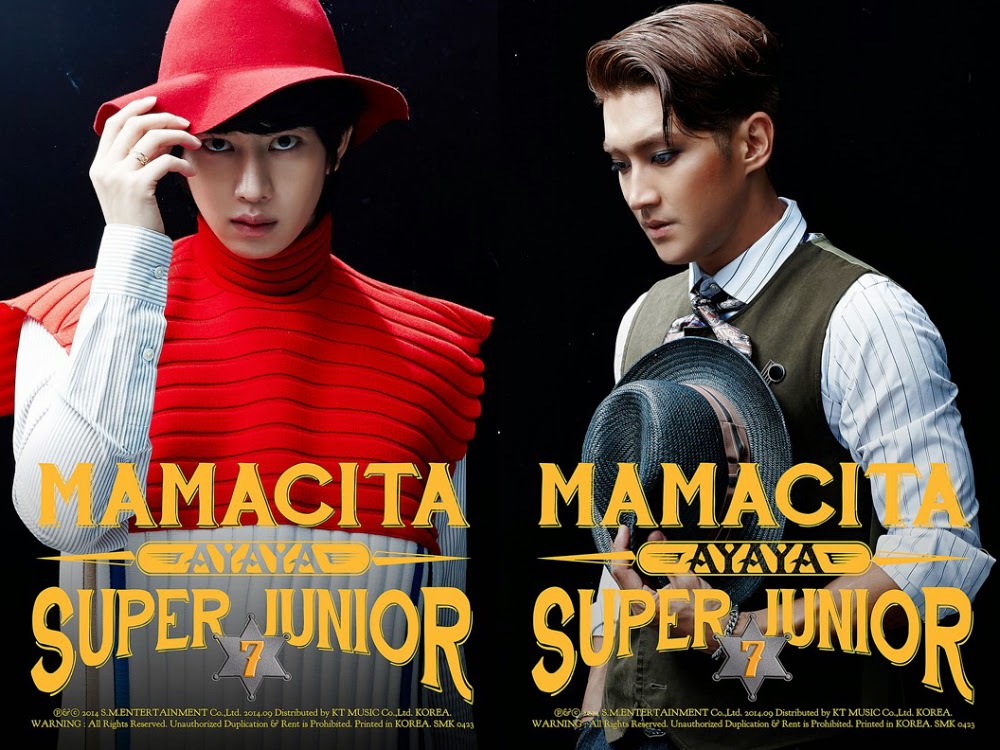 Song four, "Raining Spell for Love", keeps us on our happy little cloud in the land of mid tempo and it also reminds me of how much I missed Kangin's voice in all the songs he wasn't able to participate in. He looks like such an imposing and big guy but has such a smooth voice. Of all the songs that have played thus far, this is definitely my favorite. It is smooth but at the same time very powerful and there are a lot of different parts to it, Ryeowook kills it with his adlibs, Eunhyuk has some well placed raps, and all the layering of voices, sounds, and tempos gives it a really cool sound.

"Raining Spell for Love" was our prep for the faster swinging sound that comes with "Shirt". The song recalls back to the title song which I guess is why it is the other song that they are promoting on music shows. When I was listening to the album, I had decided that the previous song was my favorite, but then this song came and pushed the last song out of the way. This is such a fun dancey song with so many catchy English lines and phrases you just have to love it! "Oh my sugar! Sugar, honey, honey!" And yes, I am aware that the line is not actually "Oh my" but it kind of sounds like it and it fits the beat. I'm an international fan and if there is one thing that we are good at, it's making up words to songs! 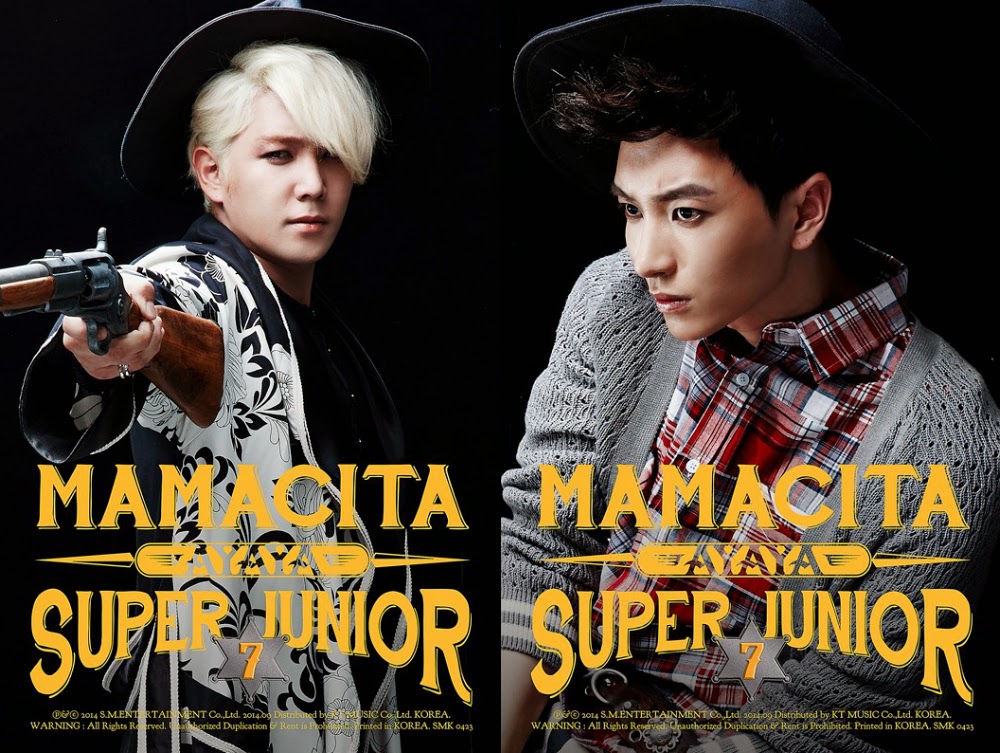 We can't have to much fun though, "This is Love" brings it back a little with less dance and more R&B. It's still grooveable, but not it the swinging, brassy way that "Shirt" was. We are taken right back into frantic dance mode with the very aptly named "Let's Dance". This song brings back the horns that are very present in this album but also has a little bit of 90s dance track to it.

The next song is another one of my favorites, "Too Many Beautiful Girls". The best way to describe this song is say that it is a boy group song. I can hear SHINee singing this song and the tune and title itself makes me this of something that 1 Direction or maybe the Jonas Brothers would have done when they were relevant. It sounds like summer and happiness and I love it. 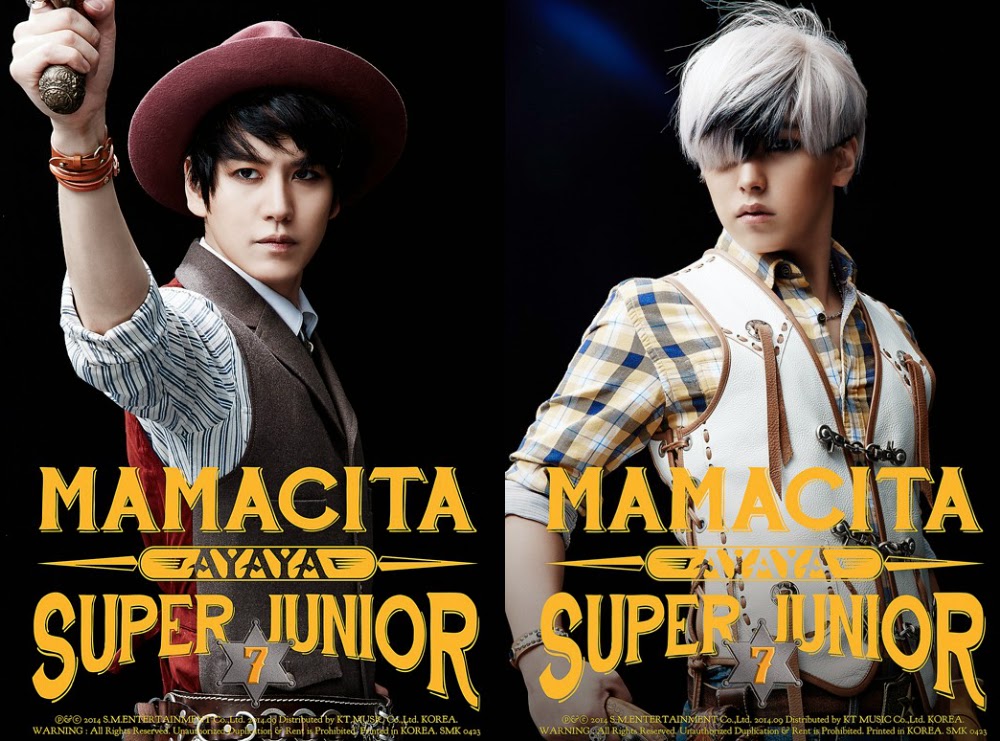 Our next track "Mid-season", it also a chipper pop track, but instead of crazy boy band, this is more of a evening at the beach boy band song. This slightly more mellow song takes us into the even more mellow song that is "Islands" which is the last track on the album. This song is a nice way to end because it is about the group's friendship and Donghae also helped write the lyrics which makes it more special. The song definitely has a ending credits feels which works for the album. Nothing about this album was incredibly slow and this song, even though it is a heartfelt ballad, it still has a large, powerful sound that leaves you with a nice contented feeling.

Overall, if you can't already tell, I thought this album was really good and it is definitely one of my new favorites of all the Super Junior albums, but more on that at the end of the week! If you haven't already you should definitely give this album a listen to whether you are an E.L.F of not. It has a lot of fun songs and I never felt bored at any point while listening to the album and I never wanted to skip over any songs. Maybe that will change when the magic and sparkle of the newness wears off, but it doesn't feel like I will get tired to listening to any of the songs right now.

So, there you go! Grab yourself a copy of this album and have a listen to it! You won't (hopefully) be disappointed!