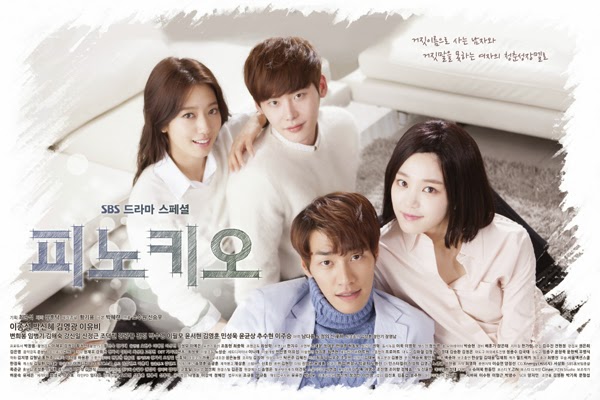 That was lovely. I have two little qualms about the last episode, but that was absolutely lovely. The story was good, the characters were all well written, and Park Shin Hye's didn't look like a scared fish when she kissed Lee Jong Suk. That last point alone is reason to watch this drama I think.

When I first heard about this drama I thought that it sounded a lot like I Hear Your Voice and lo and behold, these two dramas have the same writer and that is definitely evident from the story and I don't hate that. It was another good story and I also wonder what it would have been like if Lee Jong Suk wasn't the lead which made it seem even more similar. Again, I don't hate that. This wasn't anything new, but why fix something when it isn't broken? Don't use it until it breaks though because then everyone will hate it and that would be sad.

Kill Me, Heal me - First Impressions 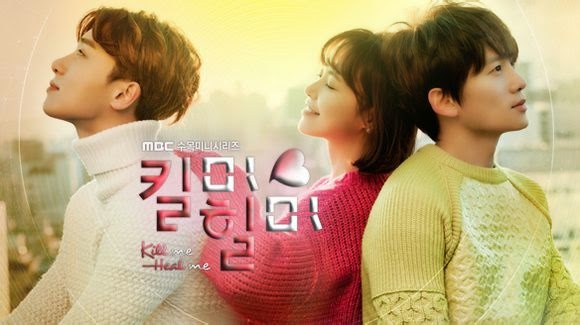 Aside from the fact that the beginning of this drama made me super uncomfortable, I like it so far. I don't think that I could have watched this drama if we were going to be in America for an extended period of time with the way things were going. I didn't really enjoy the beginning of Heirs either but I had an odd affection for Jay the Surfer Dude which made all the awkward LA stereotypes bearable. They did compliment/make fun of Mormons though and that is something that I never thought I would ever see in a K-drama. Maybe it's because they weren't in Korea at the time but New York. 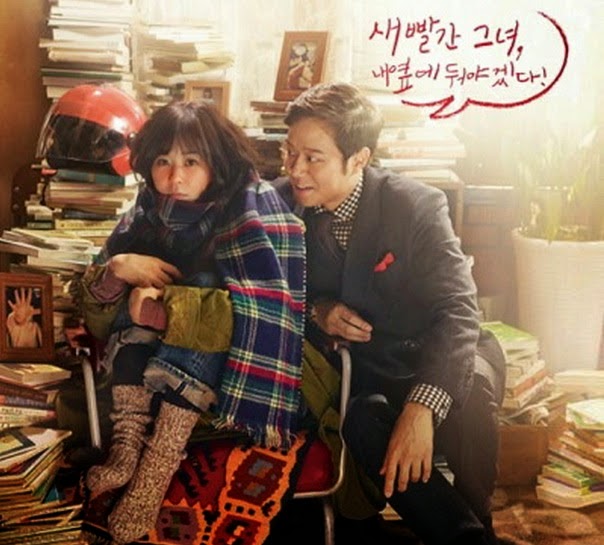 I feel like all is lost for me with this drama because I am firmly on the side of the second male lead. Ever since seeing Lee Jae Yoon in Golden Rainbow I've been a little in love with him even though I haven't seen him in anything else since other than Yoo Seung Woo's video "Hesitating Lips". I liked his character in that drama and he is also super handsome and he isn't the usual flower boy handsome either, he is a big guy with a very square jaw. He's also Korean-Canadian so maybe that means he also speaks English. Obviously we are perfect for each other.

What interested me most about this drama was the story line: our heroine Cha Hong Do (Choi Gang Hee) has a severe social phobia and blushes very easily and the only way she can function properly is by dressing up as an old woman. Then we have our psychiatrist Ko Yi Sok (Chun Jung Myung) who has some sort of special issue all his own that hasn't really been identified yet. 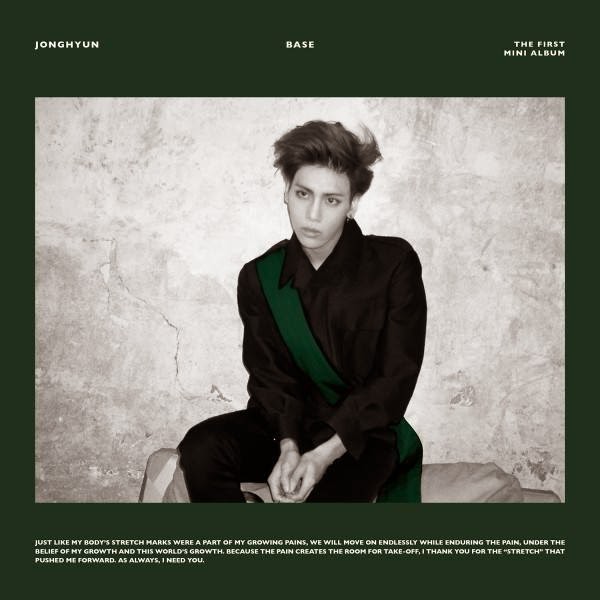 I'm going to be honest and say that "Deja-Boo" bothers me. I know that in Korean it would be romanized as 'boo' but that doesn't mean that that is the correct way that it is spelled. I just needed to get that off my chest, now we can move on to the actual review.

Is album is totally what I expected from Jonghyun, except maybe I thought there would be something a little more up beat but that could just be my inner SHINee fan talking. It probably is. Jonghyun is SHINee but SHINee is not Jonghyun and that can be said for every single member. 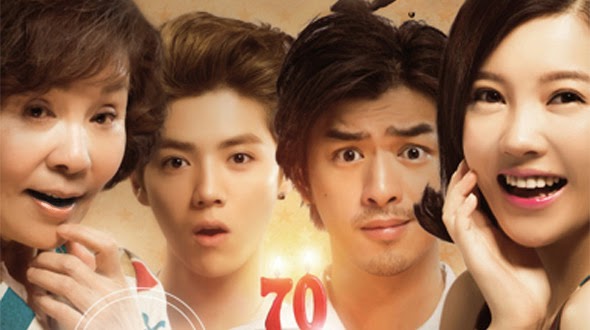 Hey all! I got to write another review for Soompi! I think that that is a pretty solid way to start the year don't you? It's been a while since I wrote the review for "Miss Granny" and I was super excited to do it again. It makes me feel cooler than I actually am. I'm working on an album review for Jonghyun's mini album so until then!


“Miss Granny” is back except this time she is Chinese! This film did extremely well in South Korea, selling about 8.65 million tickets, so of course other people are going to want to jump on that success as well. And seriously, what is not to like about this movie? There is reverse aging, music, and cute idol boys. The idol boy this time is former EXO member Luhan who takes the roll of the grandson previously played by B1A4‘s Jinyoung.
Read more »
Posted by F4Plus1 at 4:25 PM No comments:


I have two things to say:

1) Daaaaaaaaaaaaaaaaaaang
2) The uncloseable adds are back! Curse you SM! I don't care about your weird virtual whatever that is!

According to the Youtube comments section, there seems to be a lot of grumpy people, not that I am surprised at all. Grumpy people seem to run rampant in the K-pop world. I guess people didn't like this song as much as they thought they would and to those people I say, are you kidding me? I think the song choice is kind of obvious because Jonghyun is a R&B kind of guy. What a person does in a group is not always reflective of what they want to do as an individual. Duh.

I always like to put something in front of the actual post, but I am seriously drawing a blank here. I could say something corny about soloists being brave and unique to be their own person instead of hanging out in a group, but I am not really feeling that right now. I guess the only thing that I can think of is that the artists in this list are all over the place. There's folk pop, K-pop, a fake group, and some in between things. So after that awkward intro, on to the post!

I liked a lot of comebacks this year. I think there were more than last year and that caused me problems in the beginning drafts. The post was too long, I ran out of label space, and the boys were crushing the girls because I generally like guy groups more than girl groups. In the end, the way that I chose which comeback to talk about is which groups do I really care about. There are comebacks I like from groups that I don't really listen to, so they were the first so go. So that means that TVXQ, Boyfriend, and god were out. Sorry guys. I didn't really want to, but I nixed U-KISS and CN Blue too. I loved those songs and I'm more into these groups then the before three, but I still am not as big of a fan of them as I am of other groups.

There have been some good debuts this year. I think there were also less debuts than there were last year which is good because man there were a lot of debuts last year and a lot of them weren't that great. Just because you can pump out a group doesn't mean that you should! I was surprised with the amount of groups that I was curious about from their debut song this year. The songs on this list are all over the board as these lists I put together usually are. There is some boy band magic, a little jazz, and a little hip hop sprinkled in for good measure. There is something for everything.

Most of these groups have also had their comeback which I am thankful for. It always makes me sad when my interest is piqued by a group only for them to never see the light of day again. And as usual, whenever I say things about people disappearing forever, I am always brought back to my perpetual sadness brought on by Nevermind. It will be two years this month since their debut song and because nothing official was ever released, I have that crazy person in the back of my mind that says it could happen.