I have two things to say:

1) Daaaaaaaaaaaaaaaaaaang
2) The uncloseable adds are back! Curse you SM! I don't care about your weird virtual whatever that is!

According to the Youtube comments section, there seems to be a lot of grumpy people, not that I am surprised at all. Grumpy people seem to run rampant in the K-pop world. I guess people didn't like this song as much as they thought they would and to those people I say, are you kidding me? I think the song choice is kind of obvious because Jonghyun is a R&B kind of guy. What a person does in a group is not always reflective of what they want to do as an individual. Duh.

Especially with the pre-release "Deja-Boo" which also has mixed reviews. I can't imagine that anyone would think that Jonghyun and Zion.T are going to put out a song like "Lucifer" or "Dream Girl". The fact that he is collaborating with Zion.T should be your first clue. Use your brains people! Also, just because you like a group doesn't mean you have to like everything that they do; that thought process seems to escape people so often. Super Junior is my group but I am not super into Kyuhyun's solo album because I don't like ballads. Same with Block B, I like them, but I don't like the super intense rapping that Zico, Kyung, and P.O have done and saying that doesn't make me less of a fan.

I am thinking that this year is going to be the year of the solo projects, especially where SM in concerned. Jonghyun is doing this, we know Amber is going to do something next month and even though he's not SM, CNBlue's Jung Yong Hwa just put out a song that you should go listen to because it's really good and the music video is really quirky and fun.

This video is also showing that SM is still on top of their music video game. It's like they finally realized that they had been using those boxes too much and they are trying to make them more interesting and they are doing a good job. 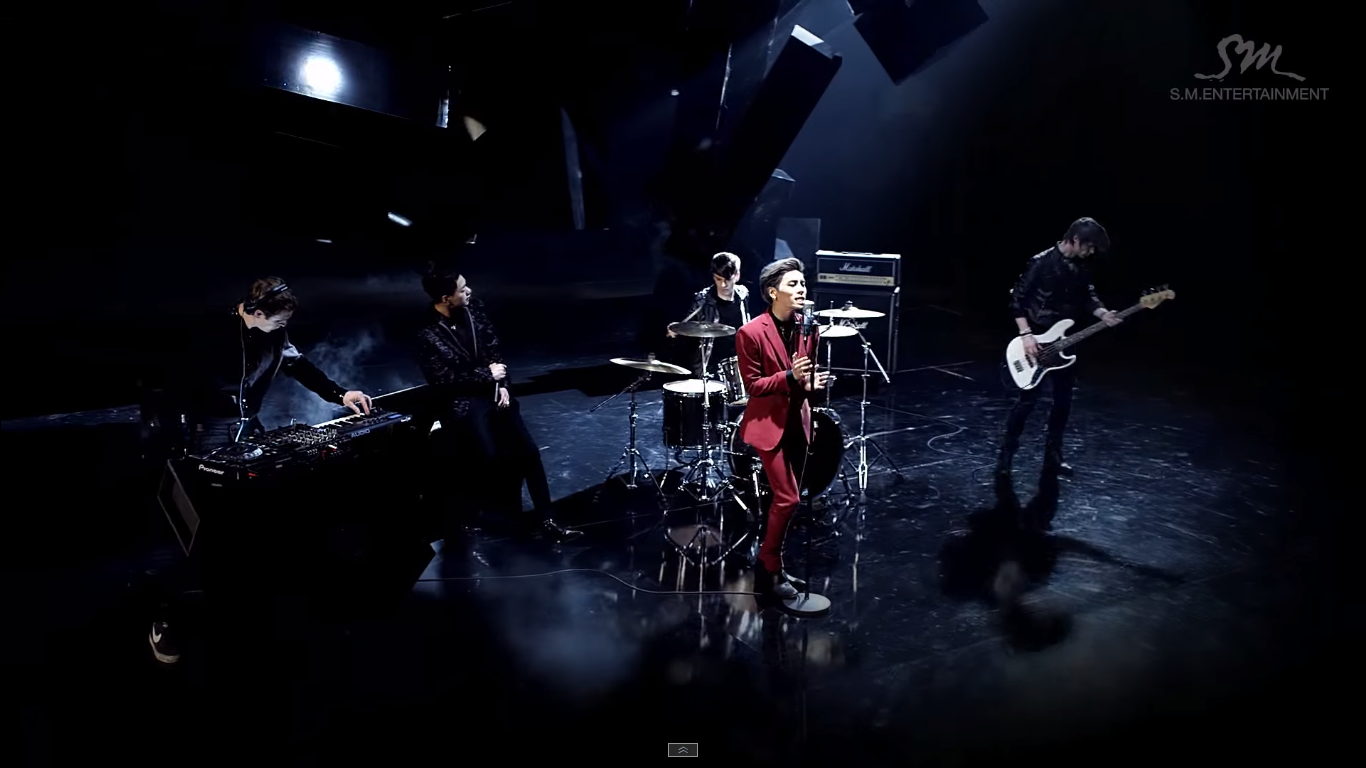 I especially liked this set because there are actual musicians there. They are probably not playing those instruments, but I love to see real, tangible instruments in music videos. I can't really explain why, but it just makes me really happy. Maybe it is because I said they are 'real' instruments which makes the song feel more.........'real'? I don't know what I am saying. I like instruments. The end.

Something else that was done in this set were those really cool lighting effects. 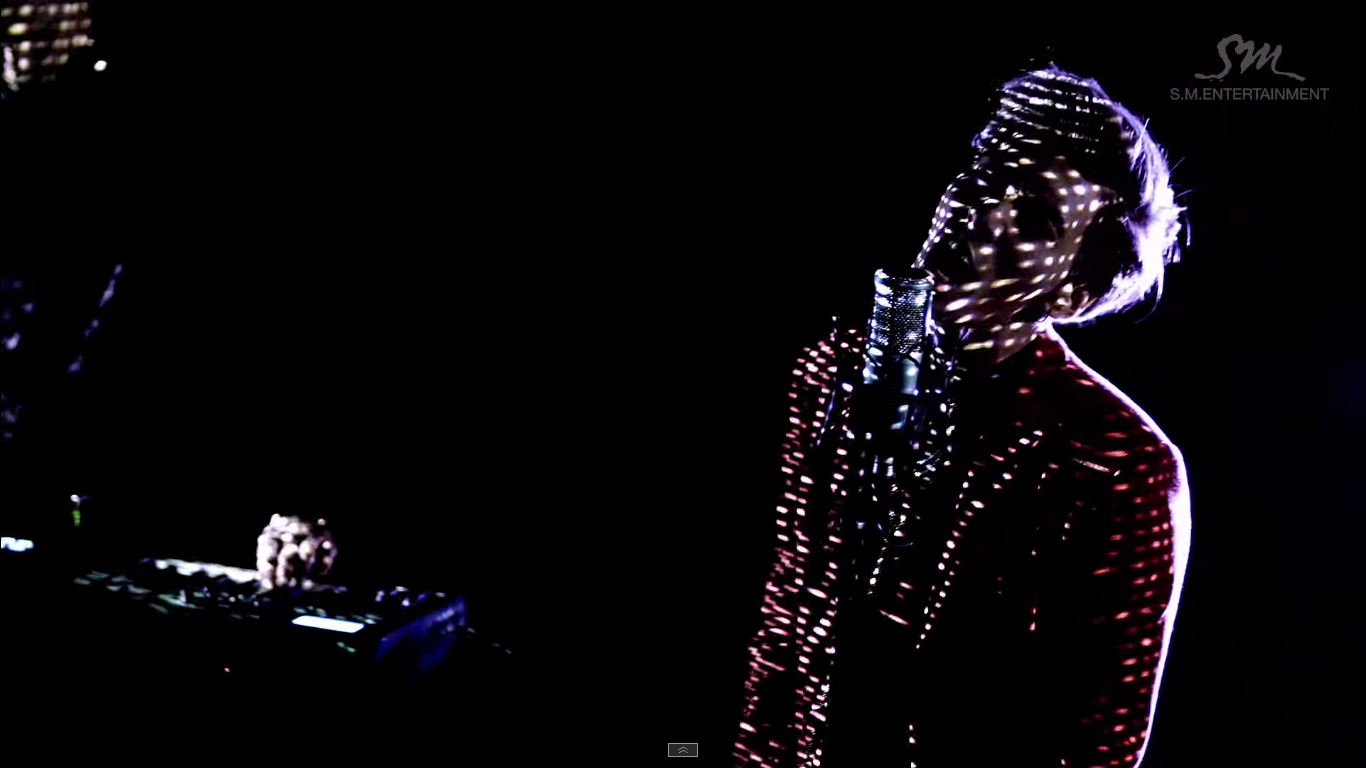 If the whole video was Jonghyun singing in this room with random light patterns, I would have been more than happy to watch that video. The lights gave everyone such interesting shapes and made their movements looks sparkly and cooler than they already were.

I also liked all the cuts in the video especially at the end. The song is called "Crazy" and the video did feel a little crazy with all the lights and movement. It was all at the end too so it was as if all the crazy that this mystery woman was putting on Jonghyun built and built until it really went out of control at the end.

The only thing that I wasn't so keen on but I grew to like was the rap. Why does K-pop like rap break downs so much? Sometimes a song is so weighed down by a rap that feels slapped together and unnecessary. This rap, when it started, I wasn't sure how I felt about it, but as it continued and Iron's rap was layered with Jonghyun's singing I was so on board with what was happening.

With two of the SHINee members having solo debuts I'm going to say that for my personal taste, I like Jonghyun's song better. I think that I am a closet R&B/jazz/funk fan because I really have been attracted to those kinds of songs lately. I think that this year, along with solos, might be the year of that genre in K-pop too so I am excited to see where this year takes us. Onward!