My Love From the Stars Drama Review 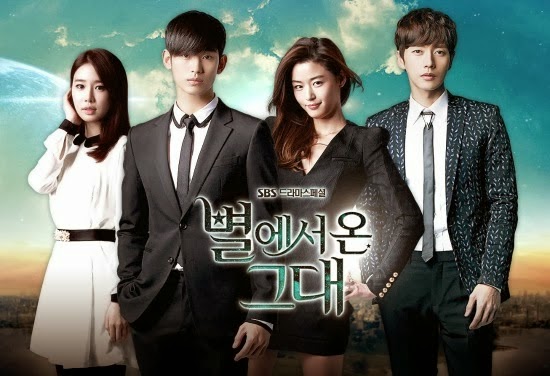 After finishing this drama, I think that it is pretty safe to say that this is definitely up there with I Hear Your Voice. I was completely in love with the whole drama from beginning to end, the idiotic nobility wasn't completely idiotic, there was a legitimate cause for amnesia, and the ending was a very good ending for the story that the writer created. To good to be true you say? It certainly sounds that way doesn't it? And now I feel like I sound like a used car salesman, let's get to the review.

This drama stars the very handsome Kim Soo Hyun who plays a 400 year old alien named Do Min Joon. He was accidentally behind when the aliens first came during the Joseon era and he has been quietly biding his time, waiting for them to come back for him. When we first meet him he is a complete ice block, there is not one drip of emotion in this guy which makes his encounters with Song Yi that much greater. As he progresses as a character he realizes all the time that he has wasted by not feeling and it is both funny and heartbreaking to watch him realize that his time on earth is coming to an end as he slowly realizes that he doesn't want to leave. 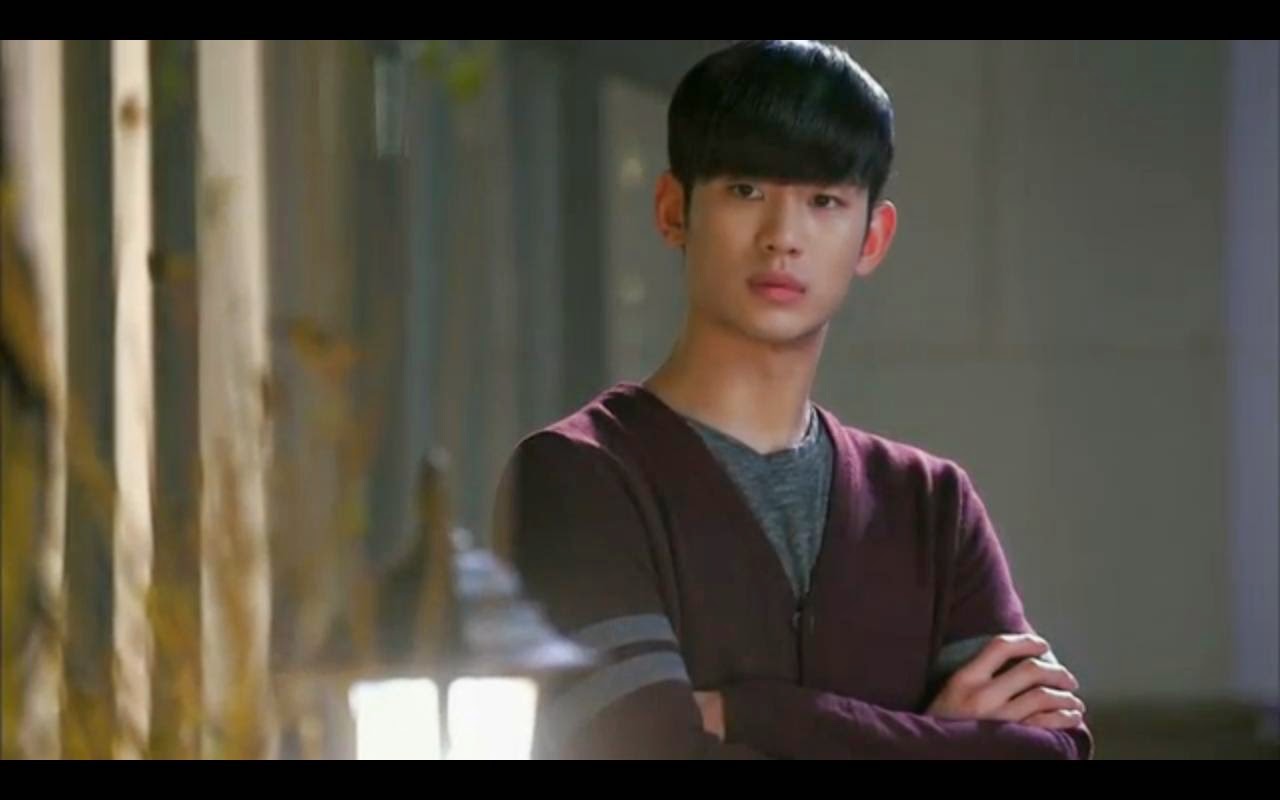 Then on the complete opposite side of the spectrum we have Cheon Song Yi played by Gianna Jun, who real name really confused me when I found out what it was which sent me into automatic research mode, but that isn't important right now. Cheon Song Yi is loud, prideful, and kind of dumb, but also very endearing. When we first meet her she is quite annoying, but a few episodes in, you can't help but love her. I also really liked that she was not afraid to speak her mind. Yes, in this drama we get a strong female lead who took charge of situations and told people to suck it when they needed to. I think that I love her. 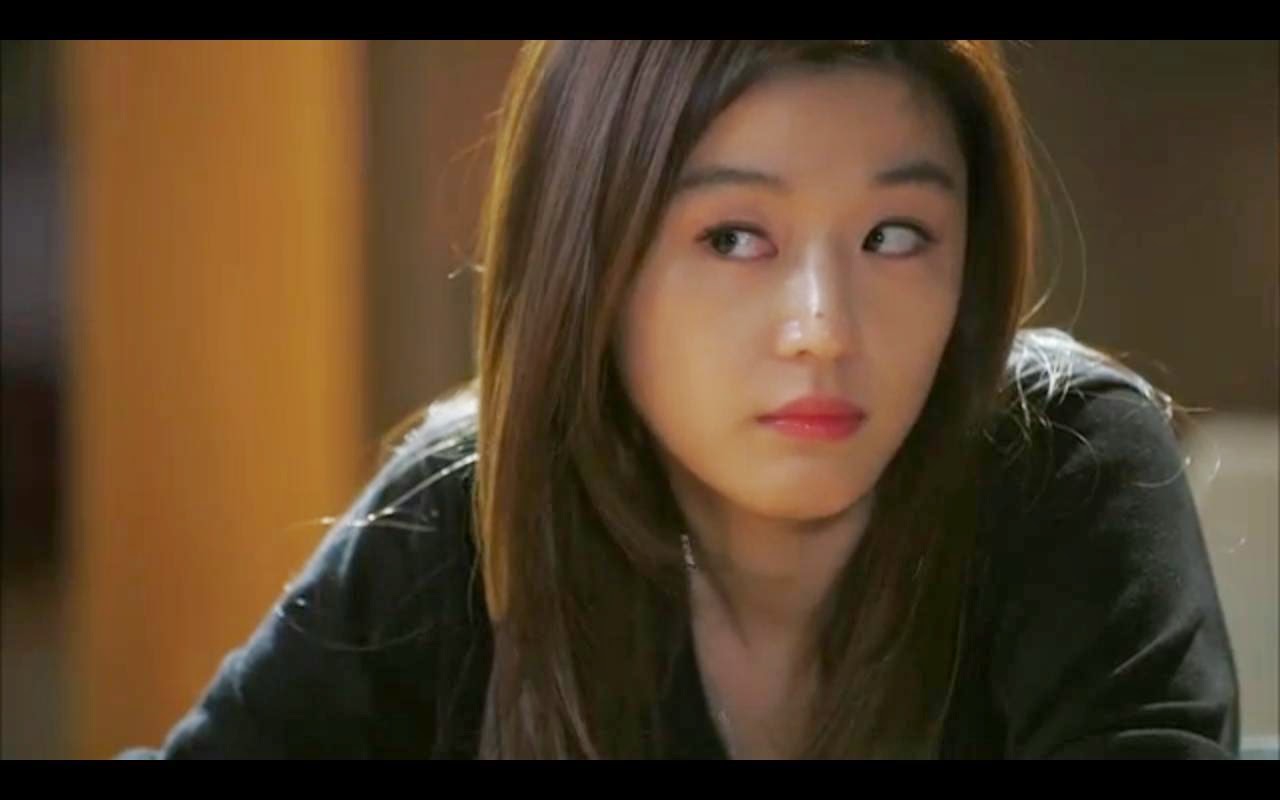 Continuing along with the all star cast as our second male and female leads we have the lovely Yoo In Na as the jealous best friend Yoo Se Mi and Park Hae Jin as the man who has loved Song Yi for twelve years Lee Hui Kyung. Unfortunately Yoo In Na was not a large player in the drama and then, whenever she was on the screen, I kind of wanted to punch her in the face. She was one of those characters who saw her chance to beat her all star friend when she was down and took it. I have nothing but lovely things to say about Park Hae Jin though. I absolutely loved him as Hui Kyung and would have totally fallen for him had Kim Soo Hyun not been the lead of the drama. If the second male lead can almost overtake my love for Kim Soo Hyun than that is saying something right there. If horrible things had happened at the end of the drama and Song Yi ended up with Hui Kyung, yes I would have been sad that sad things happened, but I loved Hui Kyung and I wanted him to be happy as well. So conflicted. 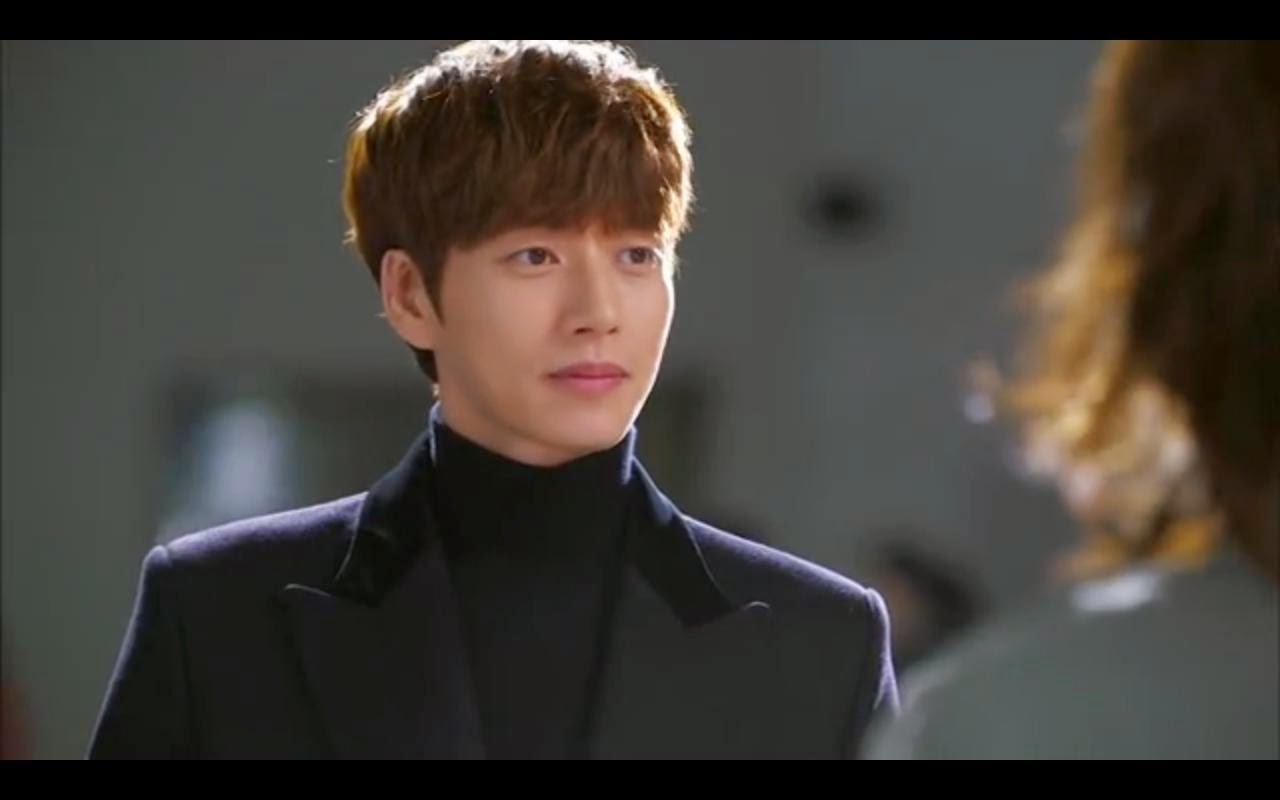 And for out last main player, I feel like I need some creepy lighting and evil music to play because, seriously, this dude was bad news. Seriously. Shin Sung Rok was perfect as the older brother to Hui Kyung and main antagonist Lee Jae Kyung. I kind of get the heeby jeebies just talking about him. The only main issue that I had with him was, what was up with that murder ring? He was always playing with that twisted nail ring when he was being devious, but nothing was ever said about it. I was hoping that he was going to be an alien too or have some crazy story since the ring was highlighted so often. But no, it was just another way for him to be super creepy and murderous I guess. 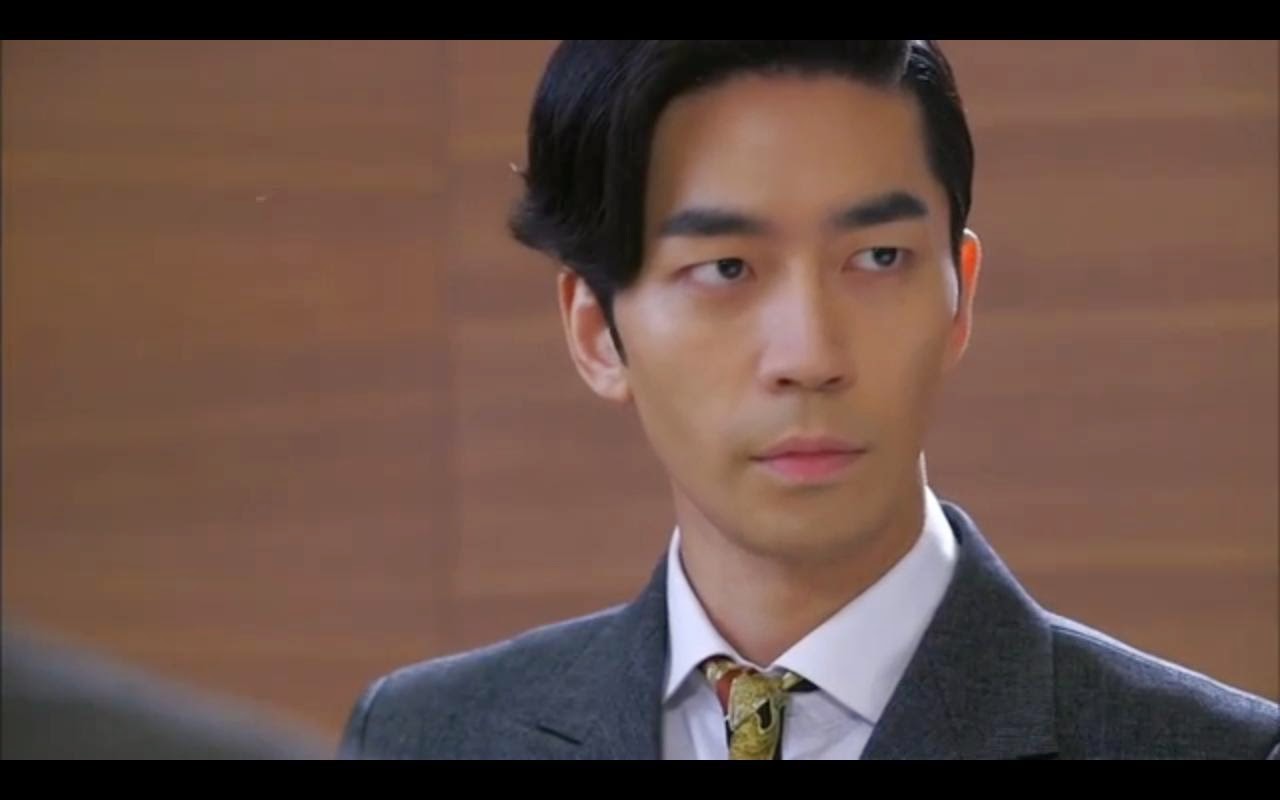 Obviously, from everything mentioned above, this drama had an AMAZING cast. Yoo In Na could have been used more I think, but aside from that I have no problems. The casting team did equally well with the supporting cast too though.

Those four people up there? Fantastic. I especially loved Song Yi's girl friend who owned the comic book store. She had read far too much shojo (whatever the Korean equivalent is) in her life so she was falling in love with Min Joon and Song Yi's brother constantly. Speaking of the brother, if you say that you didn't like Cheon Yoo Jae, you're wrong and you should go watch the drama again. Wrong, I say! The relationship that he had with Min Joon was one of the highlights of the drama, especially when he found out that Min Joon was an alien. Mostly because this scene happened: 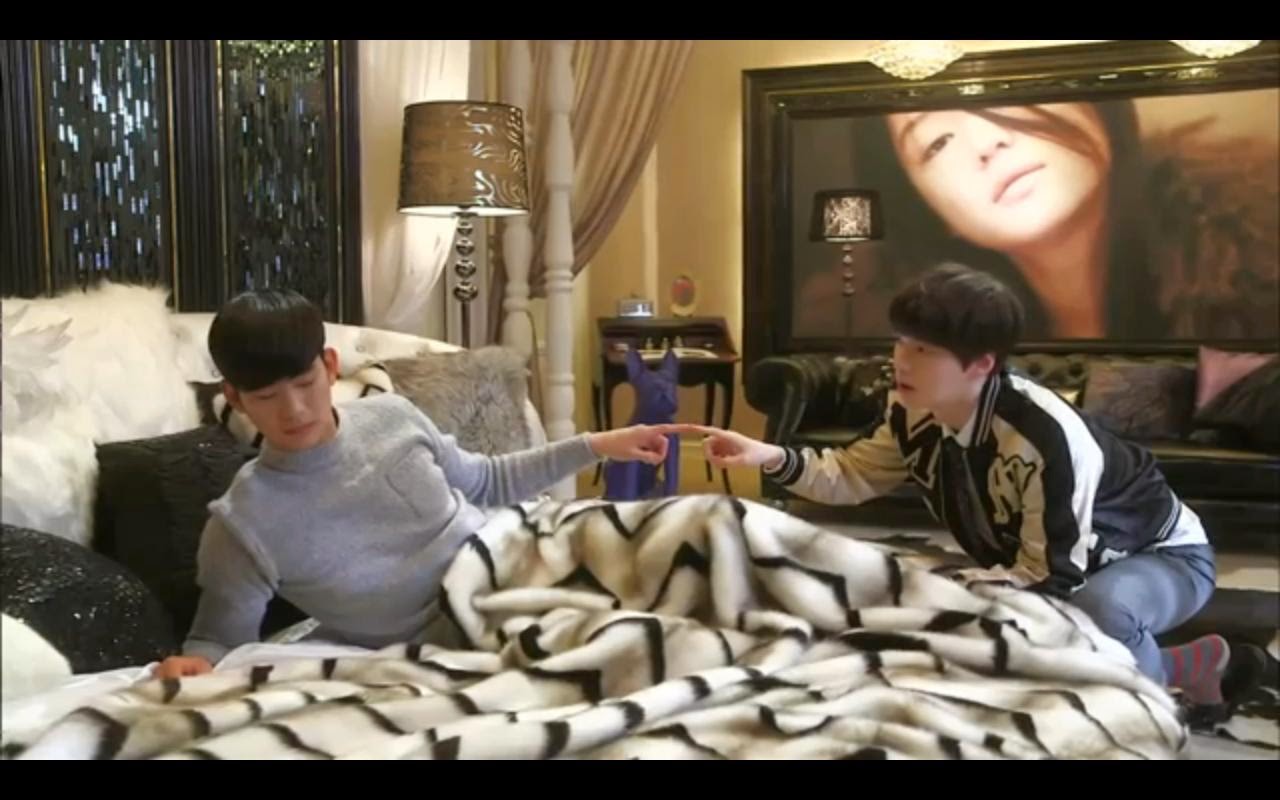 And while we're on the topic of ridiculous things that happened in this drama, I think this picture also needs a place of glory: 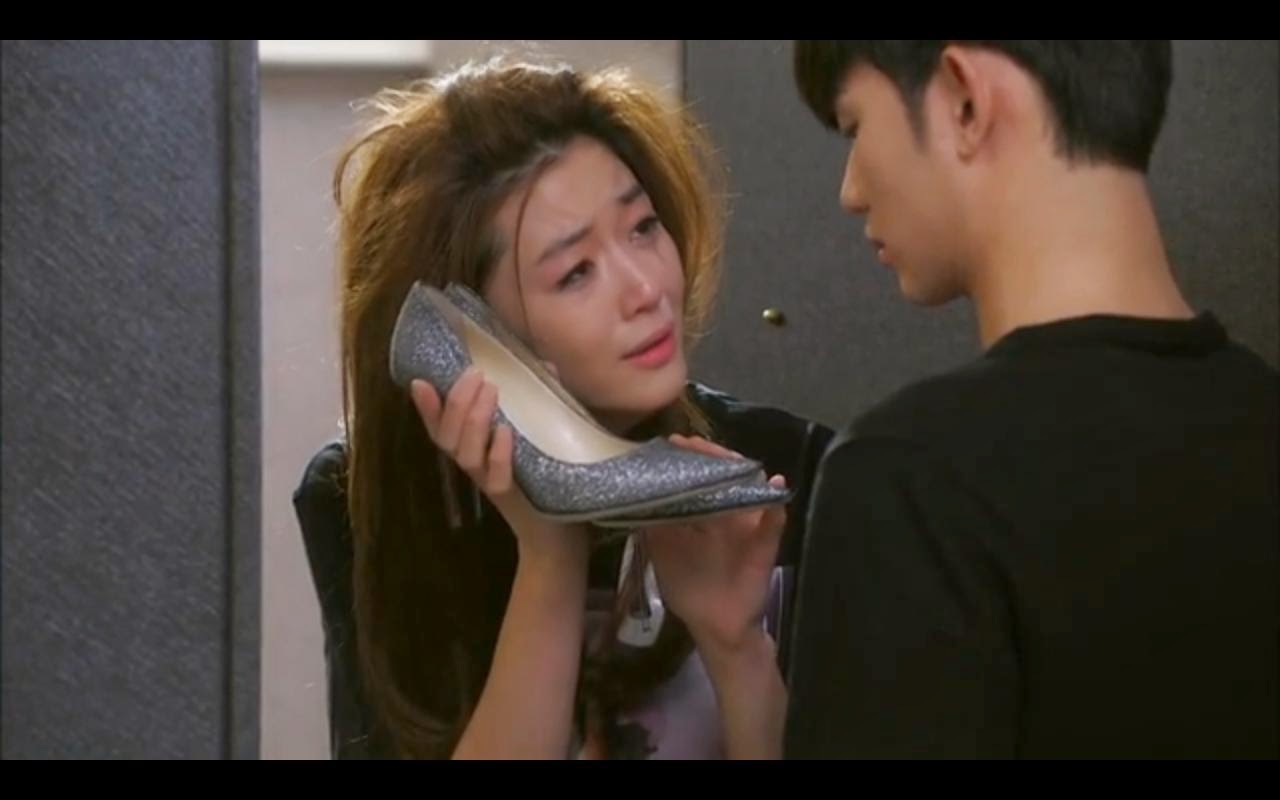 So much drunkenness in this drama.

So, as you can see, I think that this drama is basically one of the best things ever and if you haven't seen it, I have one question for you: What the heck, man? Go clear you schedule, turn off your phone, and strap yourself in for 21 episodes (horray extensions!) of alien infused greatness.