I don't know what it is about 2015, but SM has really been on their music game. I mean, I don't think it would be too hard to make an SM stan fan happy as long as their favorites aren't trapped in a box, but these videos have been so nice lately. The music has also been really good which is to be expected from SM. Maybe they are taking all of the scandals they have been dealing with and trying to cover it up with exceptional songs and videos.

This is also f(x)'s fist song without Sulli and maybe this just proves that I am a casual fan of f(x) but I didn't miss Sulli that much. Even when it came to Girls' Generation and EXO, who I am also casual fans of, I missed the members who weren't there. I noticed their absence from the group musically, but I don't feel that absence with Sulli gone. 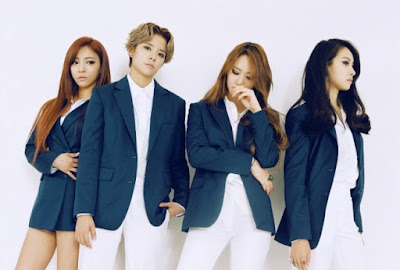 Sulli's absence also makes me wonder about the name of this song. It seems a little too coincidental that they would just happen to release a song that highlights the number four right after this happened. Maybe it's because Sulli's exit from the group was much like Kibum's exit from Super Junior. It was very undramatic and people saw it coming. Can you imagine if after Hangeng left Super Junior SM made SJ sing a song about the number 11 or 12? Or even worse a TVXQ song about the number 2? There would be a revolt in the K-pop and it would probably end with the destruction of SM and everything attached to it.

But anyways, this song is so much fun. When it started I half expected SHINee to come out and tell us to look at the "너무 아름다운-다운-다운-다운 View". I can only assume that whoever produced "View" also had a hand in producing "4 Walls" as well because they have a very similar sound. SHINee and f(x) have always been kind of complimentary though so I am not mad about this. "View" is an awesome song and so is this song. "4 Walls" has a really funky house music vibe and if this is the new direction that SM is going for I can totally be on board with that. 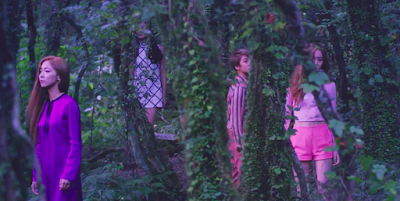 The video was also really interesting and I am sure that there were symbols upon symbols but to be perfectly honest, I don't really care. People get so up pin arms about things meaning one thing or another and Sulli leaving and this person being sad and that person being angry and that is just too much for me.

What I will say about the video though is that this is one of the first times that f(x) looks really good. Like their clothes were all really nice and vintage looking and no one had a skirt on their head or cactus earrings or random glittery patches. Hopefully this new wardrobe will be a new thing and f(x) will continue to look like fashionable people and not "hot garbage" as Eat Your Kimchi called it once. 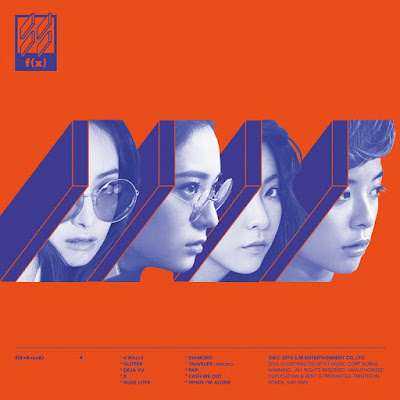 Time for the album review! The beginning of the song is the title song 4 Walls which is (as stated above) a really chill house music kind of song. It really sets a tone for the rest of the album. Since I haven't listened to the rest of the album yet I don't know what that tone is, but that song is very distinctive and I am expecting a lot at this moment.

So much is going through my mind as I listen to Glitter. When it first stated I immediately thought of video game music but as it continued it made me think of a learning show or cartoon from the 90s. It's like the opening from Rugrats met Reading Rainbow and then  f(x) adopted them and created a song. Even as I write this I realize how insane that sounds, but I don't dislike this song. It's cute and breezy but also weird and I think that is a perfect description of f(x). 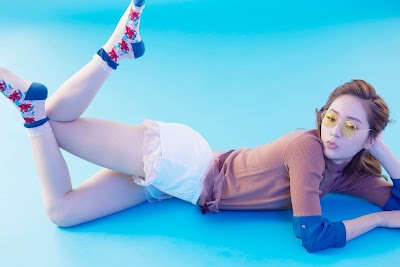 I'm sorry to say it, but I find Deja Vu to be a bit boring. At the beginning I thought it was fun and it is catchy but it is very one note for me. I'm probably in the minority though because it is a very good song and anyone who reads this will probably think I am out of my mind. I think I am a little out of my mind as well, but this song just doesn't do it for me and I can't really say why.

X is also a bit of a meh song for me. It's cool and jazzy with a really fun synthy warble in the background but I think it is the smoothness of the song that doesn't do it for me. I know that sounds crazy because you would think that a smooth, maybe a little sexy, sound is good but it's a take it or leave it thing for me.


Get that piano! I do take issue that it is an electric piano because I don't really like its sound, but it has a good beat so I guess I can deal with that. Rude Love brings it back to that high energy synthy pace that we were getting from 4 Walls that I was beginning to miss. This song is begging for a music video like SPICA's "Tonight" with lots of bohemian clothing and colors and just general happiness.

Diamond kind of has this weird Bollywood thing going on which works in a way because it makes me think of the Hindi Sad Diamonds number from Moulin Rouge. This song has a lot of different sounds happening in it and it is able to create a lot of fun musical layers that are changing throughout the song. Amber also gets a really cool rap in the middle. This isn't my favorite song thus far, but it is certainly an interesting song. 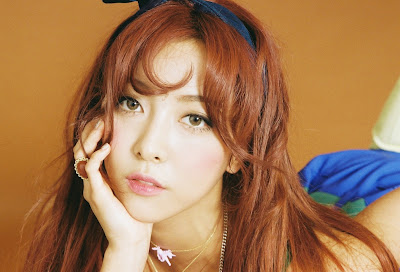 When this album first came out I was really confused to see Zico promoting it on Instagram. It was unexpected but now I understand he did that because he features on the next song Traveler. I don't know what I expected this song to be like with Zico featuring, but this song was really pretty. With the constant downward running scales it really did feel someone was traveling and I was surprised when it ended because I was enjoying so much.

Papi sounds like something that would come out of a 90s girl group, especially with that chorus. This song, very fitting with the title, has a fun Spanish flair and it might be my favorite song on the album. I also hate it when people decide to spell things in songs because my brain immediately tries to spell out the word and I completely tune out the song. 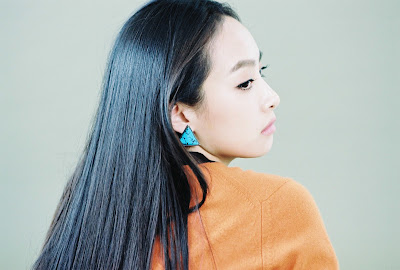 Before anything else happens I need to say that Cash Me Out has the same meter as Katy Perry's Firework. The first notes of the song match Firework so I immediately restarted f(x)'s song and sang along with Firework and it was pretty awesome. This song is very fun though and if you like Firework, you'll probably like this one as well.

And bringing us home is When I'm Alone. Since I am comparing songs this song could totally fit in The Breakfast Club, it's very Don't You Forget About Me. Since this song reminds me of such a final song, it is prefect that this song ends the album.

So, overall, this is a very good album but it isn't my favorite album that they have put out. To be frank, I have only listened to this album and Red Light in their entirety, but I must say that I like the later better than the former. F(x) is a solid group though and every time they put out something, you know that it is going to be a little new and weird, but it is going to be good.