And Bigflo is back! They are one of the few rookie groups that I have been listening too and I have enjoyed their two comebacks and debut. As far as sound goes, they are still a rookie group even though Jungkyun was a member of N-Train before becoming the leader of Bigflo. And speaking of moving groups I guess there is a new guy? I happened upon his Instsgram account and was really confused but I guess Bigflo stole another member from another K-pop group. Watch out world of K-pop Bigflo is out to steal your members.

Oh my gosh! That's why this song is called Obliviate! They saw Kichun and this song is actually about how they stole him from his previous group by using the obliviate spell. Creating songs out of real life like true artists right there.

Joking aside, this was a very fun song. High Top came out strong which makes a lot of sense because he and Z-UK are the favorites of the group I think. But because they are the favorites and they have such strong styles, the singers of the group are over shadowed a little. That first transition from rapping to Yu Seong singing was a little jarring and his and Kichun's vocals didn't meld very well with the raps from before. That is something that will come with time though and they have a lot of talent so I'm sure they'll be able to iron that out. 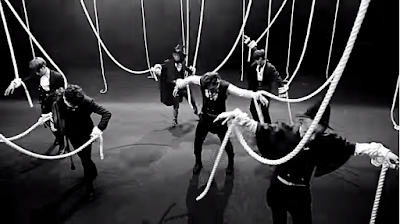 As for the video it is so much better than "Bad Mama Jama". I can't watch the video it just makes me uncomfortable with the corniness of it all from the dancing to the basic sets to the blatant Vitamin Water advertisement. This video was a lot more fun with the magic and puppet concept. High Top also totally looked like Taeil in the beginning. If Block B did some sort of magic concept that is probably what Taeil would be wearing: a large stupid hat of some sort and a pair of round glasses.

Something that I was a little confused about was Ron's role in the video. He was sitting with his crystal ball and the video seemed to be happening in the ball, but Ron was in the dance numbers, but not with the other singers or the rappers. About two minutes into the video I realized that Ron had disappeared from the video but shortly popped back in with his ball. He kind of got the shaft in the video. 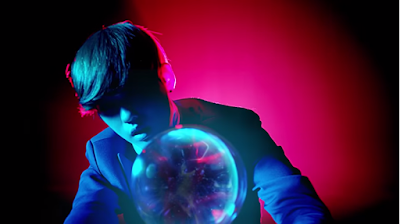 Ron makes me laugh a little because the company is trying to market him sexy (because that's what you do in K-pop) but he's just kind of awkward. It's not his fault though there are is a lot of confidence in the group from the two rappers who know what they are doing, two members with experience, and Yu Seong is just adorable and can work the camera. Ron just hasn't tapped into his full potential as Ron. Maybe next comeback.

I haven't heard or seen anything that suggests that this is anything other than a single which makes me sad. It has been a while since "Bad Mama Jama" came out and I know they were doing a lot of things in Japan (I'm not a creeper I just follow them on Instagram, but does that make me a creeper?). Not that I don't want them to get a lot of exposure, but when a group finds success in a certain country they promote there and leave their Korean promotions as a second thought. I'll be really sad if that happens but music is music and I want to hear more from these guys!