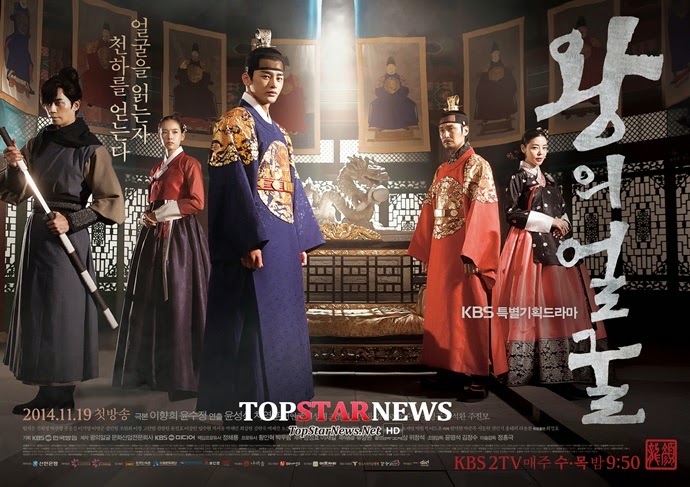 My newest sageuk. I have been on a big history kick lately with watching Secret Door and I would like some history books but that means that I would actually need to find one and then I would have to transport it back to the states when finally I go back. I think that I might just suck it up though because I also miss reading things. I miss my books! Someday, I will be reunited with them!

After doing a little reading about Prince Gwanghae, our main character, I have found that he was the king before King Injo who is the king in the drama Cruel Palace: War of the Flowers. I have recently been getting back in to watching that drama and maybe this will help me finish the last twenty episodes. I don't know where this drama will end, but it will give me more background information about the slight uselessness that was King Injo. From my reading, again, Gwanghae may have been dethroned, but he at least did good things. Injo took over the throne and just threw the country into war and because of that, ruined the economy.

Back to this drama, Prince Gwanghae is played by the adorable Seo In Guk who is staring in his first sageuk! He is still as mischievous as ever and he has even flashed his smile that I love so much. 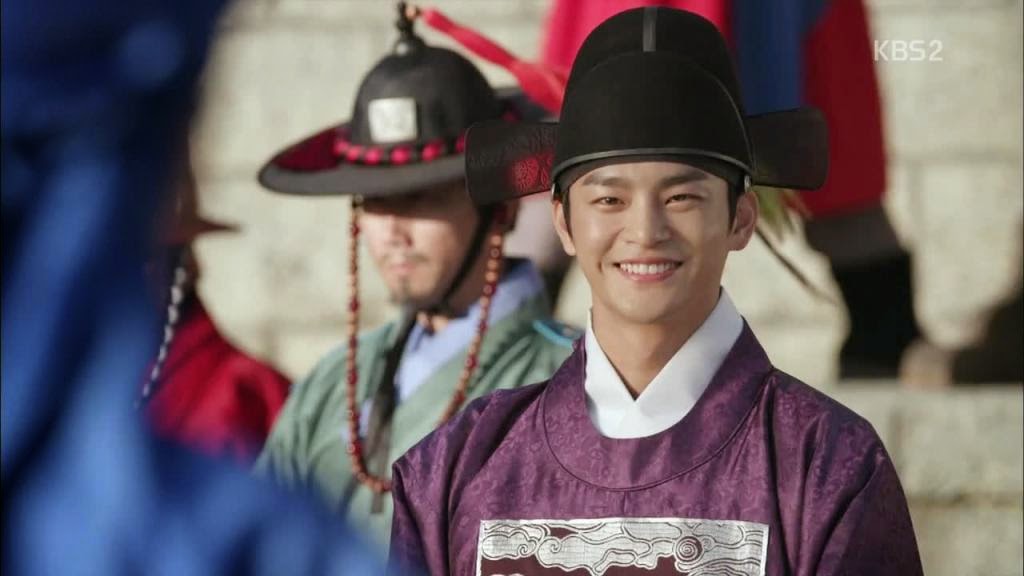 He just makes me think of a little boy who knows that he shouldn't do something but did it anyways and is proud of that fact.

It is that cute face that this whole drama is centered around. In ye olden times people used face reading to find out if someone was a good person or not. In this case, face reading is used to tell whether the king is fit to be king. So in this sense, judging a book by its cover is okay.

Our current king is suffering from a bad face and was told as much when he became king at a young age. After seeing him in action, I must admit that he is not a very good king. He's kind of a unfeeling jerk to be perfectly honest. He is the kind of guy who puts on a nice/stern face but as soon as he turns around he makes the order to kill everyone in sight. He's a charmer. Our king has been using acupuncture on Gwanghae's face in the hopes that his son's face will change. Apparently Gwanghae has a good face and Gwanghae knows this and wonders why his father would try to change that.

This story ark in the drama is one that I am a little nervous about. The reason is is because it kind of reminds me of The Moon that Embraces the Sun and while watching that, they shoved down our throats the two moon, two sun thing relentlessly. In this drama I have heard "two dragons" said a lot. The reason probably being because the king does not have a good face but Gwanghae does. It's like Snow White, the king is the king, but Gwanghae is fairest in the land.

The other way that we have two dragons is when it comes to the ladies. The court face reader, Reader Go, is on a mission to find the king a new consort that will change the king's bad features into good ones and has one month to find her or else Bad Things will happen. When he finally finds the girl there is a small problem, she's a he. Or is he?

Surprise! It's a secret girl named Kim Ga Hee played by Jo Yoon Hee. Under command of her father she has been dressing like a boy for years even though she doesn't always like it. During a prayer for rain, Reader Go sees Gwanghae and Go Hee together and the clouds part and birds descended from heaven which means trouble for everyone involved. This brings us back to the two dragons thing. Which dragon will she end up with? Who is a better dragon? Who should be the dragon? 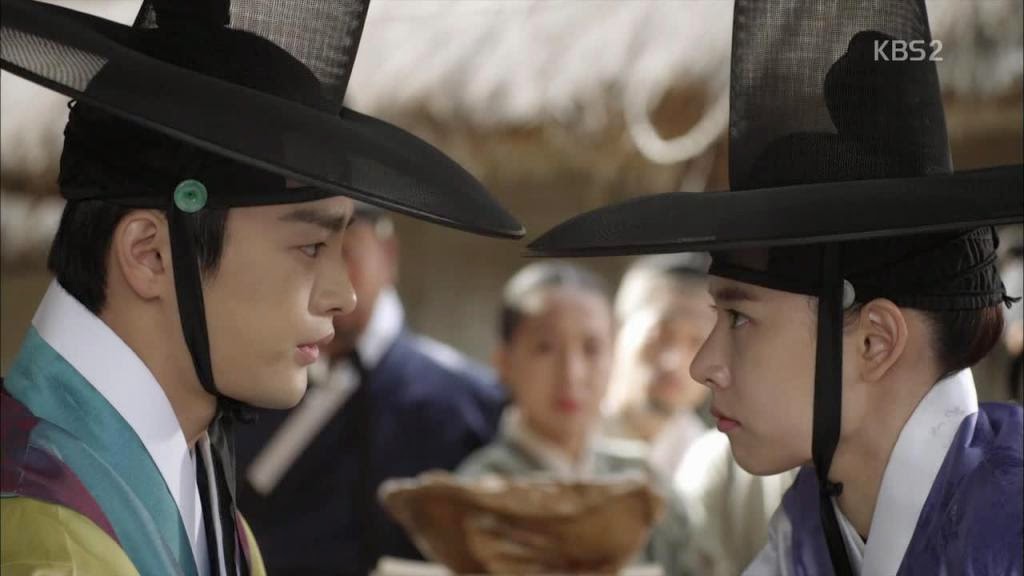 After watching these first two episodes, I am excited for it to continue because the history is interesting and I really like Seo In Guk. I am also slightly hesitant though because of the potential for this drama to fall into a rut that it can't get out of. I like romance, but when the whole drama is just romance after romance with the guy constantly saving the girl, that gets old fast. Our female lead seems capable enough though so I'm hoping for a lovely story to bloom over the next 24 episodes.