Darn maknaes growing up and becoming handsome! Who said you could do this Hyuk! Go be handsome somewhere else! 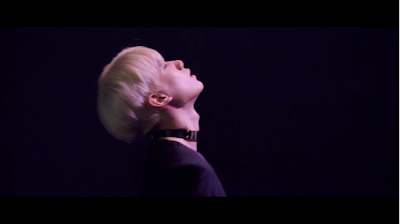 VIXX is back and once again they put out a good song. I don't think that I have ever been totally let down by a VIXX. True, I didn't love Love Equation, but that was a cover so that's not terribly important.

Something that I really like about VIXX is the way that they present their songs. A lot of the time K-pop songs for the guys are sung in a higher register because those high notes make all the fan girls' souls quiver with love. I'm not going to say that when a guy can hit a beautifully clear note that it doesn't make me feel a certain way because it does. For example. Get it Ken. That will always give me goosebumps.

VIXX doesn't ignore the lower voices in the group which is good because Hongbin and Ravi have great lower voices Hyuk and N fill the middle and Ken and Leo hit those high notes. It makes sense for VIXX to have songs that really work that lower range too since they like to do these dark concepts. When you think creepy a lot of time a bass sound goes along with that sense of foreboding. 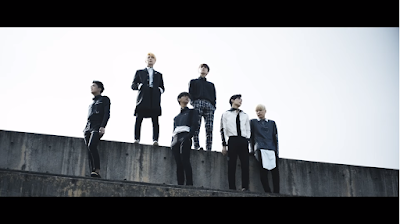 Along with the song, this whole video seemed more subdued that a lot of what they have done in the past. There wasn't the frantic blow your mind dancing nor did the video have some crazy story (Error) or a really pretty set (Eternity). I feel like I've become spoiled because of all the amazing videos that have come from VIXX so I felt a little bored by this video.

Some of the sets were very pretty, but they weren't interesting. I guess Leo's set made sense because of the title of the song - and his coloring matched his surroundings - but other than that, I was a little underwhelmed. I feel like I've seen all the sets and props before in other videos and I was a little let down by that.

I'm really hoping that Jellyfish puts out a dance video as they usually do because I love watching VIXX dance. All I have to look at are live performance videos and even though this dance isn't as mind blowing as some of their others, it still has their stamp of smart choreography. There is a lot of hip action happening in this song but there is also a lot of "chained up" motions. They are constantly bring their wrists together behind, in front, and above their heads when they say chained up. It is an easy thing to add into a dance, but they used it it different ways to keep it interesting. 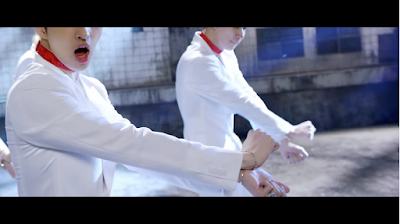 I really wanted to do an album review and for those I scour Youtube for the songs to give a them a quick listen to because I don't usually buy albums. I like to listen to them once and then maybe buy a song or two, but unfortunately I couldn't find the album. If I do,  maybe I'll come back and finish this post because I do like hearing what else groups put out because just because something is a title song, doesn't mean that it's the best song.

That's it for now! Another good song but a not as impressive as usual video from VIXX.